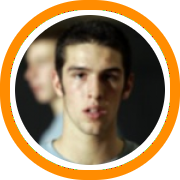 Bangor and Cheverus both earned regional titles and now are on a crash course for Maine’s most valued prize.  The undefeated Rams (21-0) took the east with a 61-54 victory over Edward Little while Stags knocked off Thornton Academy 40-31 to win the west.  Bangor is the defending state champions and will rely on that experience along with their three headed monster of University of Maine bound swingman Jon McAllian, Lee Suvlu, and Ryan Weston.  Cheverus will rely on their zone defense to stymie Bangor’s attack, while also hoping that their talented, but young, backcourt of sophomore Indiana Faithful and junior Mick DiStasio is up to the task of leading them to the crown.

Maranacook held serve in the east and remains unbeaten at 21-0.  In the west Cape Elizabeth won their first regional title in twenty years after knocking off Greely and Freeport in the semi-finals and the finals.  After winning the state championship as sophomores only to be upset in last year’s quarterfinals, Maranacook’s senior class of Ryan Martin, Mike Poulin, and Will Bardaglio appear to be on a mission.  For Cape Elizabeth, Andrew Dickey will need to continue his strong play after winning the MVP award in the regional tournament, while they will also need Shaine Burks to step up.

This match-up is particularly intriguing as the Calais brings a 63 game winning streak that spans three seasons into the game against Winthrop High School and arguably the state’s best player in Sam Leclerc.  Calais certainly has experience on their side and they looked dominant as they ran right through the regionals.  Winthrop on the other hand is battle tested as they had to defeat Thomas Knight and Dirigo 51-45 to get out of the west.

Central Aroostook came up with a dramatic championship in the east after defeating Rangeley in overtime to remain undefeated at 21-0.  Richmond didn’t have it any easier in the west as they held off Valley 61-57 in the western finals.  Central Aroostook will be led into the finals by the duo of Manny Martinez and Cameron York.  But the key to this game may be Richmond’s 6’10” big man Marc Zaharchuk.  If the Bobcats’ guards can get him the ball it will be very difficult for the Panthers to match-up with him.