Magic Duo off the Board 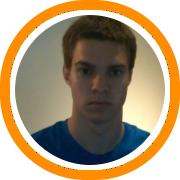 “Jesse Pagliuca is one of the smartest players to ever wear the Magic Blue,” Crotty Jr. said of the future Amherst guard.  “Jesse is a throw-back player whose success is built on his amazing work ethic and drive to be the best player he can be.”

Pagliuca has been a key member of Milton Academy’s rotation in recent years and was critical in their run to the NEPSAC class A semifinals a year ago.

“Jesse’s reputation as a lights out shooter is well supported, as he is deadly with his feet set.  However, he was also one of the top defenders for our team the past two years,” Crotty Jr. said.  “He is a very good on ball defender and his ability to play within the confines of a team defensive structure is terrific.  Jesse will bring his passion for the game to Amherst where I believe he will be able to help them have continued success.”

Thorpe is headed to Emerson College where he will star for former Boston College and Ohio State head coach Jim O’Brien.

“Michael Thorpe is as talented a guard as I have coached.  He has blazing speed, tremendous athleticism, and the ability to score and create for others,” Crotty Jr. said.  “On the defensive end he is a ball hawk and uses his instincts to make steals and create turnovers, while also having the leaping ability to turn shots away at the rim and contest and blocks jump shots.”

Thorpe began his career in New Hampshire before his family moved briefly to Connecticut, before ultimately ending up at Newton North, where he is now one of the MIAA’s top guards.

“He is a very smart player that got better every practice and every game,” Crotty Jr. said.  “I believe he will be a player that will have the ability to make an immediate impact at Emerson, and leave an indelible mark on the program.”

The Magic now have seven uncommitted players in the class of 2012, all of whom are getting recruited to play either college or prep school basketball next year in Aaron Davis, Kyle Reardon, Joe Glynn, Chris Lee, Chris OKeefe, Michael Corcoran, and John Mullane.