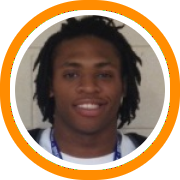 New Hampton junior forward Tyler Lydon made an early verbal commitment to Syracuse on Thursday night.  The news was first reported by ESPN.

Lydon is a highly skilled six-foot-eight combo-forward who exploded onto the scene this summer turning in huge performances both at the Reebok Breakout Classic as well as with the New England Playaz on the grassroots circuit.

Lydon has been collecting high-major offers in the ten weeks since the conclusion of the July evaluation period, including the Orange offer during their Elite Camp in August.  Syracuse associate head coach Mike Hopkins was on New Hampton’s campus on Wednesday according to reports.

While Lydon was already being pursued by the likes of Florida and Kansas among others, with plenty more suitors bound to come calling, ultimately he couldn’t resist the opportunity to play his college basketball close to his home in upstate New York.

Here is a look at some of Lydon’s summer highlights care of 2eZ Mixtapes: