Look Back on EYBL Session I 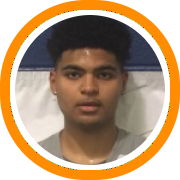 BABC and Expressions Elite both spent the evaluation weekend in Sacramento, California for session I of the Nike Elite Youth Basketball League.

BABC was one of just three teams in the field to finish with a perfect 4-0 record on the weekend.  They opened up their season with a 54-43 win over Baltimore Elite on Friday night and followed that up with a pair of 11 point wins over Howard Pulley and The Family on Saturday.

After opening the weekend with a 3-0 record, BABC was profiled by Rivals.com’s Andy Drukarev in his Day Two Recap, in which he referred to the program as the biggest surprise of the opening weekend and spoke to Terance Mann about the motivation that came from facing doubters back home:

"People doubted us, definitely," Mann told Drukarev. "Especially in the Boston area, they were like '(we) don't have anybody.' So they doubted us."

Expressions Elite opened their EYBL season with a disappointing loss to the Playaz Basketball Club, but bounced right back Saturday morning with a 54-53 win over MeanStreets before falling to Team Texas Elite to finish the day.

The two local programs went head to head on Sunday with BABC pulling out a 57-54 victory.  Bruce Brown and Mann paced the victors with 12 and 11 respectively while Aamahne Santos provided a spark off the bench with 11 points in just 6 minutes.  Aaron Falzon scored a game high 15 points while pulling down 6 boards to pace Expressions while Jared Wilson-Frame and E.J. Crawford finished with 14 and 13 respectively.

Jeremy Miller led BABC in scoring throughout the weekend, averaging 12 points per game, while Brown also finished in double figures with 11.  Mann averaged over 8 points per game while shooting over 57% from the floor and also leading the team in both assists and rebounding.  In typical BABC fashion, the defense continued to be their calling card, holding opponents to just over 47 points per game to lead the entire EYBL.

Mann was recognized by ESPN’s Joel Francisco as the “best glue type” in the EYBL field as Francisco commented, “He has a prototypical wing-type frame with terrific athleticism, and his ball skills are potent. He can break defenders down off the dribble, hand out nifty assists or attack the rim with a vengeance.”

Daniels’ also recognized BABC’s Miller in his Day 2 recap, noting “Saturday night was easily the best effort I’ve seen from Miller and I’ve been watching him since his freshman season. He played hard and was active on both ends. He contested shots and recorded three blocks, but the most impressive part of his performance was the six offensive rebounds he reeled in. On offense, Miller, who is committed to Boston College, finished 4-for-8 from the field, hitting a catch and shoot three and a trio of put backs.”

Following the weekend, Brown picked up a scholarship offer from the University of Minnesota while Mann added new offers from Arizona State and Marquette according to various reports.

Falzon finished the weekend as Expressions leading scorer, averaging 15 points per game to go along with a team high 5.8 rebounds.  Jared Wilson-Frame wasn’t far behind with over 14 points per game along with 5.5 rebounds, while also shooting 40% from the three-point line.  Nisre Zouzoua started all four games in his EYBL debut, averaging 8 points per game, while sophomore guard Donovan Love led the club with 3.5 assists.

Falzon added offers from Tulsa and Dayton following the weekend.

Corey Porter TV also made the trip to Sacramento, traveling with Expressions Elite and documenting the trip for their YouTube channel.  Here's a look at the video: