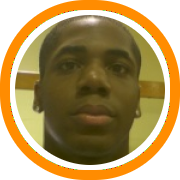 Tomorrow officially opens the beginning of the college basketball season, as teams are allowed to hold formal practices beginning at midnight tonight.  As is customary many schools will open their season with a Midnight Madness show in a pep rally type of event to get their fans enthusiastic about the upcoming season.

Midnight Madness is also a valuable recruiting tool for many schools, one that two local schools are definitely taking advantage of.  The University of Connecticut and the University of Massachusetts will both be welcoming a large number of local talents to their campus tonight to check out the festivities.

We begin in Storrs, Connecticut where last year’s disappointing season is not likely to impact the amount of fan interest.  Expected in Gampel Pavilion tonight are Alex Oriakhi and Jamal Coombs from the Tilton School who have already committed to Connecticut.  Additionally, Assane Sene from South Kent is also expected to be in attendance while John Riek from Winchendon is still a possibility.

In Amherst, Massachusetts the Minutemen will be welcoming a very talented group of players.  Tevin Baskin, a 6’7” junior forward from Trinity Catholic High School in Connecticut, will be making the trip.  Two Winchendon products will also be at “the Cage” as Springfield native Janzy Cruz and Romeric Lasme are expected to be in attendance.  Vermont native Candon Rusin is likely to be making the trip down with his father, a UMass alumnus.  Finally David Gibbs, who verbally committed to UMass at last year’s Midnight Madness, will be back for a second time.

Northfield Mount Hermon shooting guard Mike Marra will have a busy day.  He is headed home to Rhode Island this weekend and will be stopping by UMass on the way.  But once he crosses the border he is said to be heading right to Providence College in hopes of catching their Midnight Madness.