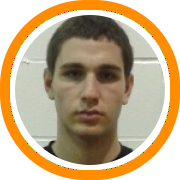 St. Thomas More forward Gabe Levin has been a wanted man these days.

He made an initial commitment to Hofstra in March but opted to re-open his recruitment after former head coach Mo Cassara was relieved of his duties.

Since then, Levin has attracted a plethora of attention, including several high-major programs, who began to express interest for the first time.

On Wednesday, Levin reportedly brought his recruiting to an end, making a verbal commitment to Loyola Marymount.  Levin visited the California campus last weekend and is expected to sign upon returning to his Illinois’ home this weekend.

Levin is a major acquisition for Loyola Marymount, especially considering his increasing amount of high-major recruitment.

Loyola Marymount is coached by former MCI and Bryant head coach Max Good, and this isn’t the first time he has returned to his old stomping ground to land an important commitment.  Former Crosby High School and Winchendon point guard Anthony Ireland has starred for LMU over the last three seasons.

Levin was a major contributor for St. Thomas More this season, and a big reason why they earned the top seed heading into the NEPSAC post-season tournament.

He was one of the toughest competitors in all of New England.  He’s athletic and powerful off of two feet, a rugged physical presence inside the paint, excellent interior defender, and capable shooter out to the three-point line.

Below are some of Levin's top highlights from this past season, care of Ballas TV: