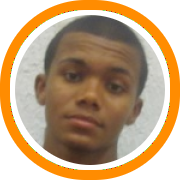 BOSTON, MA - The Boston Amateur Basketball Club (BABC) Junior and Sophomore teams have each been selected to the Indihoops.com Final Top 25 teams in the nation for 2013. BABC’s Junior team placed 23rd while the Sophomore team placed 21st in the final rankings, becoming the only New England teams to make the list.  Additionally, BABC is one of only three programs nationally to finish in the top 25 of multiple age-group rankings.

“Our veterans, Bonzie Colson, John Joseph and Tyree Robinson date back to the 6th grade as a group,” said BABC Head Coach Leo Papile. “Those players, along with sophomores Bruce Brown, Terrance Mann and Robert Martin, Jr. that played up during the EYBL season, gave us the depth to accomplish this award.  Our entire 2014 class including Tyler Nelson, Malik James, Nick Cambio and Mike Rodriguez all gave effort that will forever be appreciated. We look forward to 2014 as we feel we can compete for the number one spot in the nation once again.”

The 2013 season saw the BABC Junior team qualify for the Nike Elite Youth Basketball League (EYBL) Finals at the Peach Jam in North Augusta, SC, the club’s 4th straight year reaching the Nike EYBL playoffs.  The Junior team also finished in the Elite 8 of the Amateur Athletic Union (AAU) Gold Super Showcase in Orlando. The BABC Sophomore team reached the Final 4 of the AAU 10th Grade Division 1 National Championships and also finished in the Final 4 of the AAU 10th Grade Super Showcase, both in Orlando.

Established in 1977, the BABC has evolved into one of the most prestigious amateur basketball programs in the country. The club has won 17 National Championships, has been a National Finalist 28 times, reached the National Final Four 39 times, and has garnered 90 New England AAU gold medals.