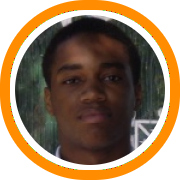 The Master’s School (CT) came away with the championship after defeating Beaver Country Day in the opening round, Nobles in the semi-finals, and Brooks in the championship.  The semi-final match-up was particularly intriguing as it featured two high major talents in David Gibbs and Tucker Halpern.  Ultimately, Master’s scored what many considered to be an upset with a 66-61 victory.  In the finals they ran into a Brooks team that had already defeated Ridley College (Cananda) and the Middlesex School.  Master’s was able to use their suffocating half-court defense to control this game and eventually hold on for a 49-39 victory.

All Tournament Team:
David Gibbs (Master’s) – The UMass commit was the best player in the gym this weekend.  He is running the point this year and appears to be comfortable doing it as he is using his individual talents to create shots for his teammates.

Isiah Benjamin (Master’s) – The little man was Gibbs’ running mate in the backcourt and also the beneficiary of some of his nice passes.  He finished the break well throughout the weekend, especially when stealing the ball at mid-court and throwing down a tremendous slam to get a rise out of the crowd.

Alex Skinner (Brooks) – He knocked down seven three-pointers in his team’s semi-final victory over Middlesex and finished with 33 total points.  While that was by far his best game of the tournament, Skinner came up with big shots in all three of his team’s contests.

Jordan Mickens (Brooks) – The Williams commit was his team’s most consistent perimeter defender this weekend.  Offensively, he ran the floor hard and was consequently able to pick up some easy buckets in transition, while showing a nice stroke in the half court set.

Ephraim Herskovitz (Beaver Country Day) – One of the region’s best shooters showed a more versatile game than in the past as he appears well on his way to becoming a complete player.  That is very good news for Hamilton, since the guard committed there a few weeks ago.

Derick Beresford (Nobles) – The point guard showed his complete game this weekend as he knocked down the long ball while also using his quickness to get to the rim with consistency.

Scott Anderson (Middlesex) – The junior big man is having a tremendous season thus far averaging 22 and 11 rebounds per game.  This weekend it was more of the same, especially against Nobles when he scored 30 points and pulled down 9 rebounds.

Joel Whitty (Ridley College) – The cerebral player showed a high basketball I.Q. along with a beautiful stroke from behind the arc.  Unfortunately, it wasn’t enough for his team to make a run.

Jerry Altodor (Kents Hill) – He was the hero of his team’s game vs. Beaver Country Day as he hit two huge shots.  The first sent the game into overtime and the second was a game winner at the end of the extra period.

Tim Russell (Winchendon) – The talented swingman is a hold over from Winchendon’s prep team who showed why he is capable of playing on that high level.  He scored in numerous ways throughout the weekend.

Other Players Who Impressed:
Tucker Halpern (Nobles) was the focal point of every opposing defense and really came alive in the semi-finals against Master’s…6’7” forward Justin Graham played well for Winchendon as he was extremely productive in the paint…Niko Acosta (Kents Hill) and Rod Odom (Middlesex) were both impressive before suffering injuries in the openings rounds.  Accosta controlled the defensive end with his shot blocking prowess while Odom was unstoppable with his dribble penetration…Master’s got big plays out of Harvey Pannell who many believed was slighted from the all-tournament team…Jordan Johnson didn’t put up huge numbers but showed a very high upside as he ran the show for the Brooks.