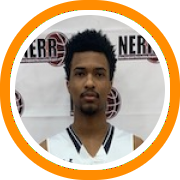 Brewster is beginning his second season at the prestigious prep school in Connecticut. He arrived without a division I offer to his name and saw his stock rapidly ascend in the next twelve months with recruitment and offers from numerous Ivy, Patriot, and other division I schools.

"I'm incredibly proud of Miles. He has come soooo far since arriving at Hotchkiss. Congratulations on your commitment - Now the real work begins! Let’s get you ready for what’s to come!" Hotchkiss head coach Yassine Talhaoui said over twitter following Brewster's announcement.

Brewster was named first-team All-NEPSAC last year while helping Hotchkiss advanced to the semi-finals of the Class A tournament.

A charismatic, high-energy player with an infectious personality and a good deal of potential, he's at his best when playing in attack mode off the dribble but has also made strides as a shooter over the course of the last year. He has all the tools to be a quality defender at the next level and also has the potential to both play and defend multiple perimeter positions.

Brewster joins Kyle Jenkins, who committed to Lafayette earlier this summer, to become the second member of Hotchkiss' 2020 class to commit to a Patriot League school.

Below are his announcement edit and highlights from his junior season.

Congratulations to Miles Brewster ‘20 who has committed to continue his academic and athletic careers at Division-I and Patriot League program Boston University! We are so proud of you, Miles and can’t wait to see what’s next for you! #HereComesHotchkiss pic.twitter.com/9AlvaLD1I6