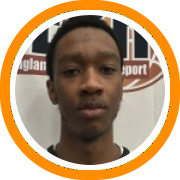 Sophomore scoring guard Romario Ebanks of Boston's O'bryant high school is averaging 16 points and is currently the highest scoring sophomore in the BCL after Tyrone Perry (18 per game). Ebanks has a quick-trigger and can be deadly when he gets it going as he's had a 27 point game against Madison High School and a 23 point game against Malden Catholic. Meanwhile, manning the patrols is another sophomore in point guard Kenrick Dixon, who is averaging and doing a good job of distributing and taking care of the basketball for O'Bryant.  After winning only four-games last year, the Tigers are currently 8-7 and looking to finish strong and qualify for the State Tournament.

Sophomore guard Brandon Kolek had 33 points and 12 boards in Cumberland High School's win last week over Rogers. Kolek is currently 8th in scoring in the state of Rhode Island at 19.9 points per game. Winter Riser.

Sophomore guard Alex Frawley has been a starter and key-player for Billerica High School this season in the ultra competitive Merrimack Valley. The Indians are 9-6 on the season and zeroing in on a berth in the  a Massachusetts State Tournament.

Sophomore Mike Demartinis is starting in the front-court for Coach Tom Lyons at Burlington HS, where he's averaging 12.5 points and 8 rebounds per game, with his biggest game of the season coming against Winchester when he scored 24 points and brought down 13 rebounds. DeMartinis was named as a "Most Improved Player" by the Daily Times Chronicle and is one of the top scoring sophomores in the Middlesex League. Here is a clip of Mike hitting a game winner earlier this year against Cardinal Spellman.  Game-Winner.

Southpaw point guard Ryan Veguilla is averaging 16 points and 7 assists per game for Bishop Fenwick High School Coach John Preziosa - who formerly was a head college coach at Wheelock. Veguilla erupted for 36 points in a game earlier this year against St. Mary's of Lynn and was ranked as a top scorer by the widely read Salem News.

Scoring-guard D.J. Frechette has made waves this season as the top scorer for Nashua South High School. DJ is currently averaging 22+ points per game, making him a top 5 scorer in all of New Hampshire. His season-high came when he erupted for 39 points in a win over Exeter. The Purple Panthers are 8-5 and looking to get hot as the New Hampshire State Tournament approaches.

Devon Chase has been the leading scorer and rebounder this season for Stoneham High, averaging 13 points and 8 rebounds per game for the Spartans. He had a very impressive game against Lexington High School earlier in the season in which he scored 24 points.

Sophomore forward Thomas Greaney has been solid in the front-court for Bedford High School (MA), averaging 8 points and 6 rebounds while another sophomore in the starting-line-up for the Bucaneers has been lock-down wing-defender Cam Shelmire.

Long-athletic multi-talented forward Jordan Hardwick has really come alive in recent weeks for C.A. as his activity-level has increased on the glass and in the paint at both ends and he has had a number of nice put-back dunks and has been challenging shots with aggression. Hardwick is currently the #17 Ranked Sophomore in New England by NERR.

Shyheim Hicks as been getting it done, scoring the basketball in multiple-ways while placing a new-found emphasis on impacting the game in a variety of ways as he's done a good job of distributing, rebounding, defending, and coming up with momentum-swinging hustle plays. Took three charges in a recent game.

Sophomore forward Hayes Kelchner has been a mainstay on the front-line for Ludlowe High School, averaging in double-double-territory on the glass and scoring the ball at a high-percentage while also distributing. The Falcons are  off to the best start in recent history with a record of 9-4 and have clinched a berth in the CIAC State Tournament.

Combo-forward Joey Luchetti is having a terrific sophomore season for Wayland High School, averaging 17 points for a Warriors' squad which is 10-6 and looking to close strong before making noise in the state tournament. Luchetti's had a season-high of 30 points against Bedford and also went for 26 against Waltham.

Athletic off-guard Sherron Harris has had an impressive sophomore season for Lawrence Academy, consistently scoring the ball both from the perimeter and off the bounce while providing the Spartans with a lock-down back-court defender. Meanwhile, sophomore point guard Matt Glassman is getting solid minutes in the back-court playing alongside the likes of Tim Preston and Harris. Glassman is a well-rounded floor-general who distributes and scores the basketball. Runs the show efficiently and knows how to use the weapons around him. The Spartans have an 8-2 league-record a hot-finish puts in them in contention for the ISL Crown.

Sophomore scoring guard Lionel James is an explosive athlete who has been electric in stretches this season for Charlestown, getting into double-figures on numerous occasions while pleasing the crowd at various points with highlight reel plays. The Townies are 10-5 and looking to finish the regular-season strong before making noise in the tournament.

Sophomore big-man Sasha Hoban has been the anchor on the front-line for Newton South High School this season, providing a scoring presence on the interior and manning the glass for a Lions squad which is 11-8 on the season and looking to make noise in the state tournament.