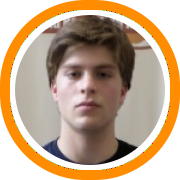 Providence-commit Javon Taylor has really turned it on as of late for Beaver Country Day as he has come up big in the clutch to secure several recent wins. J.T. has big time all-around ability and the thought of him putting it all together as he develops is the same reason the Friars took from him an early-commitment. Beaver is 11-4 on the year and looking to make a run heading into the second half of the schedule. Taylor is currently the #17 Ranked Sophomore in New England.

Jakigh Dottin - As part of perhaps the best back-court in the state with Central Connecticut State-signee Isaiah McLeod, sophomore floor general Jakigh Dottin has been terrific for Cambrudge R&L so far this season, engineering a high-powered offensive-attack from the point and scoring right around 11 points per game while consistently raising the level of his teammate's play on both sides of the ball. The Falcons are 12-1 on the season and look poised to make a serious run at a Massachusetts State Championship come tourney-time. Dottin is currently the #22 Ranked Sophomore in New England.

Athletic playmaking sophomore guard Joe Kasperzyk has been the leading scorer for Hillhouse, averaging near 16 points/game while making plays on both ends at a variety of ways as is his custom. In addition to consistently scoring the ball, Joe has also shown his explosiveness on numerous occasions with several loud-poppin' dunks which set the Hillhouse Gym on fire. The Presidents are 9-2 on the season and ranked #8 in the statewide Gametime CT Rankings

With sophomore scoring guard Jarrod Simmons leading the way,  Newington High School (CT) is currently 12-2 and off to their best start in over a decade. Simmons is averaging 21 points and 6 assists. He's had games of 32,32 and 35 points and and also two games with double-digit assists. Winter Riser. Simmons will run with the New England Playaz this spring following the scholastic season.

Nate Freeman - The heady sophomore guard has been limited by injury, but when he's been in the line-up for Beaver Country Day, Freeman has done a nice job in the back-court and displayed the ability to score the ball efficiently from long-range with his compact stroke.

Strong-athletic sophomore forward Daniel Rymer has been rock-solid on the interior as a front-line starter for Cambridge Rindge & Latin this season, pounding the glass hard, finishing around the basket, and protecting the lane on the defensive-end. The Falcons are 13-1 and have their eye on serious run at Massachusetts State Championship.

Sophomore combo-forward Caden Dumas has been very impressive this season as a steady wheel in the rotation for a prospect-laden Worcester Academy ball-club which is 12-4 on the season and looking to make a run at NEPSAC AA Championship. Dumas has earned praise for his versatility on both ends of the floor along with his commitment to the glass and ability to knock down shots.

It's been almost 3-years since we first saw Tremont Waters dazzle as a 7th Grader playing u16 for the New England Playaz at the Northeast Hoops Festival. Since that time, Waters has consistently raised the level of his already-advanced game and he is now in his second year thriving as the starting point guard for South Kent at the NEPSAC AAA Level and considered one of the he top point guards in the country. Waters is currently the #4 ranked sophomore in New England.

Quick-trigger sophomore sniper Jake Coleman has been a breakout player for Londonderry High School this season. He's averaging 17 points for games for a squad which is unbeaten at 11-0 with eyes towards a run at a New Hampshire State Championship. Winter Riser.