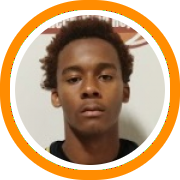 Over the next week, we'll be taking a look at which freshmen throughout New England are making a varsity impact through the early portion of the season.

A look at some freshmen players from Boston who have made varsity impacts thus far this season.

Freshman guard Maurice Works has been on a tear out of the gate for East Boston High School. Through the first six games of the season, Works is averaging right around 16 points while consistently racking up assists, rebounds, and steals as is his custom. Boston Herald High School Sports Writer Danny Ventura said it best after a recent game, "It doesn't look to see why many veteran Jet observers feel Works is the best ninth-grader to suit up for the blue and gold in many years." East Boston is off to a strong 5-2 start. As the 2015 portion of the schedule begins, lots of eyes will be focused on Works as Eastie gets into the meat of its Boston City League Schedule. The Jets handled their first-test impressively with a victory over New Mission. We'll see what

Long-athletic freshman guard Dominic Jones has emerged in a big-way for New Mission High School, which is off to a 5-2 start and slotted in the low teens in both the Boston Herald and ESPN Boston Rankings. Jones exploded in the second half for the Titans in their win over Windsor HS (CT) at the BABC Holiday Classic, scoring a dozen in the frame to finish the game with 16 points. Then, last weekend, Jones again had 16 to lead the Titans to a runaway win over Charlestown HS at the Hoop Dreams Magazine Prep Classic...Another frosh who has contributed for New Mission is interior-forward Darion Jordan-Thomas, whose future is very bright.

Also in Boston, Kenneth Araujo has been a focal point in the front-court for Fenway High School while Mykel Derring is a sharp-shooter from Brighton High School who made noise at the BABC Holiday Classic by coming through with a clutch 15 points for the Tigers in their win over Everett.

Isaiah Cashwell-Doe of Boston is making a big impact in the back-court at Bedford High School with his attacking style of play on both sides of the ball. The Bucaneers have a young team which will get better and better as the season moves along.

Dante Eldridge of Boston is making a big-impact for Dover-Sherborn High School, where he has played very well in the back-court for a Raiders Squad (7-2) which has gotten off to a terrific start. Eldridge has been one of the team's leading scorers as he's gotten into double-figures scoring the ball on numerous occasions and made big shots in the clutch.

Freshman scoring guard Mohammed Traore has made noise early for Matignon High School. He has gone for 20+ points three-time and most-recently for for 29 in a win over Austin Prep in which he also hit a go-ahead 3-pointer in the final minute.

Cathedral High School has seen a pair of freshmen step in and make immediate-impacts as Khalil Blair and Julian Howell have both been impressive for the Panthers (3-3) through the early part of the season. In a narrow-defeat to Belmont HS at the BABC Holiday Classic, the pair excelled as Blair went for a hard-nosed 14 points while Howell doubled up with 12 points and 10 rebounds

After an explosive start to the season on the JV Squad, the hyper-athletic Johnathan Cenescar has moved up to the varsity at Cambridge Rindge & Latin High School and is in the mix for the deep and talented Falcons as they get into the meat of their league-schedule and pursue their ultimate goal of a state championship.

Athletic slasher Rudy St. Jean has been in the starting line-up and consistently produced in a variety of ways for Somerville High School. The Highlanders pulled off a big upset on Saturday at the Good Sports Invitational as they knocked off the Belmont Marauders on the parquet floor.

Southpaw guard Travis Evee of Randolph (MA) is getting big minutes in the back-court for Boston College High School and he's had a number of big games for the Eagles, compiling 17 points in a win over South Boston High School and 10 in a victory over Doherty HS out of Worcester. The Eagles are off to a  2-3 start, but don't let that deceive you as this should be a Top 25 ball-club as they gel and get completely healthy.