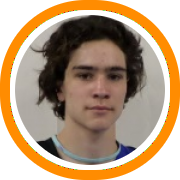 Over the next week, we'll be taking a look at which freshman throughout New England are making a varsity impact through the early portion of the season. We'll start in the MIAA and take a look at some rookies from the North of Boston who have caught our attention.

After a tremendous spring, summer, and fall playing with BABC, freshman lead-guard Tanahj Pettway has been outstanding in the early going for Central Catholic, averaging close to 20 points through 5 games while spearheading a squad which has started slowly but will be increasingly dangerous as the season moves along and they hit their stride.

Here's what Central Catholic Head Coach Rick Nault told the Eagle Tribune about Pettway follwing a victory over Lawrence in which the freshman exploded for 24 points:

"He’s such a gifted kid. He makes plays with games on the line. And he’s such a coachable kid who just wants to win.”

Everett High School is off to a 5-1 start and leading the Crimson Tide in scoring is freshman guard Ghared Boyce, who played to rave-reviews at the BABC Holiday Classic, where he scored 22 points in a loss to Brighton and then came back with 16 in a tight win over Quincy.

St John's Prep freshman forward Tommy ONeil has the potential to be a major factor for The Prep (3-2) in 2015 as they chase their lofty potential as a ball-club. Also playing on the varsity squad for the Prep is rising southpaw point guard Jimmy Yfantopulos from Lowell, MA.

Lowell High School frosh Alex Rivera has made noise early on for the Red Raiders (1-3) in the Merrimack Valley Conference with his instinctual all-around back-court play. Rivera has good size and length in the back-court and a nice feel for the game.