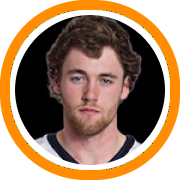 Day two of the Hoop Mountain Prep Classic included seven action packed games with coaches looking on from the ACC, Big East, CAA, MAAC, Southern, American East, and Ivy Leagues among others. Here’s a rundown of the action.

Master’s opened the day with an impressive outing, overwhelming a solid and well coached Millbrook team with their talent and athleticism. Elijah Pemberton had a huge game, scoring 27 points while also grabbing 6 rebounds and handing out 4 assists to show off his expanded game. Another talented junior, Andrew Garcia, finished with 15 points before going down with injury while post-graduate guard Nylan Yancy added 16. Millbrook was led by senior forward Will Rayman who showed his versatile skill set on the way to a team high 17 points.

Commonwealth came out of the gates with energy, forcing turnovers with their defensive pressure and building a lead in the process. Bill Crothers would chip away heading into halftime and eventually gain the advantage in the second half. CA fought back valiantly but couldn’t get over the hump in the end. Elijah Green was named the Player of the Game after finishing with 16 points (including four three-pointers) and 6 rebounds while Malik Pouncey continued to pace Commonwealth with a team high 14 points.

A stingy Mont Clare defense was able to frustrate Brimmer’s offense and keep their junior interior tandem in check from start to finish. James Kirksey led the way on both ends of the floor for the victors, sparking the defense while also scoring a team high 14 points. Adam Mikula finished with a team high 11 for Brimmer while freshman A.J. Reeves finished with 10 while showing off an improved shooting stroke from behind the three-point line.

A well-played game by both teams entertained the crowd while simultaneously allowing multiple players on both teams to impress the college coaches in attendance. Curtis Cobb continued to perform at a high level, scoring a team high 19 points for the Titans, while Derick Newton and Wenyen Gabriel finished with 12 and 11 respectively from the forward positions. Kent got a huge performance from Jamal Lucas, who attracted attention from several of the division I coaches in attendance with a very strong 22 point performance. A pair of juniors, Kena Gilmour and Jack Stevens, also played well. Gilmour scored 18 points, operating from a variety of spots on the floor while Stevens was a consistent presence in the post with 13.

This AAA match-up lived up to the hype and couldn’t be decided after 40 minutes. Tremont Waters put on a show for the second consecutive day, finishing with 35 points including a deep three to force overtime. Travis Atson picked up where he left off last week at the National Prep Showcase, finishing with 19, while Chris Wright was a spark in the post, adding 12 points. Zach Gilpin paced Bridgton with 20 points while also punishing the defense every time they left him unchecked behind the three-point line. Simi Socks, Elliott Welmer, and Trey Foster were all impressive in spurts as well, finishing with 16, 15, and 15 respectively.

The Crusaders continued to do it by committee and extend their strong start to the season as a consequence. They got off to a big first-half lead, but a resilient Thetford team wouldn’t go away and continued to fight back. Notre Dame wouldn’t be denied though, gradually pulling away down the stretch. Jared Wilson-Frame led four players in double figures with 19 points while the backcourt of Winston Morgan and Patrick Welch continued to produce with 13 and 10 points respectively. Jarrell Brantley held down the interior with 10 points. Narcisse Kalamba went off for Thetford, knocking down six three-pointers and finishing with a game high 32 points.

The Lee Academy group showed their toughness in this one. They were led by senior lead guard, Walter King, who displayed elite toughness on both sides of the floor. King finished with 12 points and significant amount of assists to his teammates. Future Utah State swingman Dusan Majstorovic hit three deep bombs for the Pandas while fellow sharp-shooters Eric D’Aguanno and Chancellor Ellis led St. Andrew’s with 14 and 13.