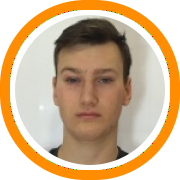 The fourth and final day of Hoop Mountain’s Super Week II brought an end to what has been an exciting summer of action at Roger Williams University.

SWII saw prospects come from all over the northeast, as well as a contingent of players from spain, travel to Rhode Island for the opportunity to play in front of the college coaches who stopped in throughout the week.

In the end, Hart’s Hornets took home the East championship led by all-star guard Eric Hyacinthe and Australian big man Damian Prgomet. Worcester Academy fell to MB Nation in a showcase game as the Maine squad held off a young Hilltoppers squad that was playing without several of their key veterans.

Hoop Mountain moves to Brandeis University on Wednesday for the All Academic Camp.  Stay tuned to the New England Recruiting Report throughout the week as we’ll have wall to wall coverage of New England’s only NCAA certified exposure camp.