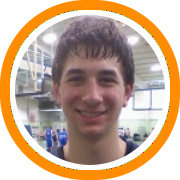 For the last 24 years Hoop Mountain’s Super Week I Camp has marked the unofficial beginning of summer basketball in New England.  While the July live period might not start for another week, SWI annually features both a large number of top talent as well as a plethora of division II and III coaches on hand to evaluate.

Last year’s SWI camp was a great example of how some under the radar recruits can get a jump start on their July recruitment.  Camp MVP Scott Tavares went on to earn a full scholarship from UMass Lowell while other SWI campers from a year ago found themselves headed to the division I level a year later in Mike Clifford (Buffalo) and Sean McCarthy (NJIT).

This year’s roster looks no less impressive.  In fact, this may be one of the deepest and most talented SWI rosters Hoop Mountain has put together in several years.

Rising senior Brandon Sherrod is on hand to brush up on his game before the July live period.  Sherrod already holds a number of division I offers and is sure to be one of the most dominant big men in the field.

One guy who should give him a run for his money is Ryan Canty who will be repeating his junior year at the Tilton School next year.  Canty is another sure thing scholarship player who could really shine this week.

Allen Harris could be this year’s version of Tavares, as Harris has all the tools and talent to challenge for the camp’s MVP award and jump start his recruitment like Tavares did a year ago.

Be sure to stay tuned to www.NewEnglandRecruitingReport.com as we will be bringing you daily recaps of the action.