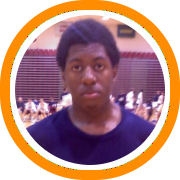 Jared Neves, St. Paul’s School (NH)-A strong big man with solid post moves and standout athleticism for 6’7, Neves will continue to see more and more recruitment as he uses his strong body to his advantage. Had a couple dunks down low as a result of good movement without the ball.

Nate Anderson, New Mission (MA)-When Anderson chooses to play hard, he shows he is as talented as any player in the MIAA. As he continues to make an effort to get the ball more on the low block and become a consistent rebounder, Anderson can be a star for the powerhouse Titans.

Colin Richey, Whitinsville Christian (MA)-Richey came out on Friday and gave another impressive performance by displaying an improved handle and floor leadership and also knocking down several outside jumpers.

Sean McNally, Hanover (MA)-McNally showed all night what a threat he will be at the college level as a slashing wing with a lot of bounce and smooth finishing ability.

Stephen Edmonds, Attleboro (MA)-A player who stood out because of his defense more than anything else, Edmonds was a pest to whoever he happened to be defending, and as a result had several opportunities to show off his ability to draw contact and finish lay-ups at the other end of the floor.

Matt Leger, Fitchburg (MA)-Leger came off as an instant-offense type guy with a variety of different spin-moves and dribble-moves going to the rim.

Sammy Mojica, Chelsea (MA)-Sammy is a playmaker with a ton of athleticism. His jumper needs several mechanical adjustments, but all night he made an effort to get his teammates involved, as opposed to just using his hops and length to finish acrobatic lay-ups the whole event.

Zach Petion, Boston Trinity (MA)-Petion is a combo guard who flies up the floor and handles pressure with what often appears to be relative ease. Outside of his ball handling and speed, Petion made several tough shots and was relentless on the glass.

Deonte Flounory, Natick (MA)-This is a player with a ton of potential because of his long body and impressive bounce. While Deonte obviously used his bounce to his advantage to finish some tough lay-ups at or above the rim, he also displayed with his rebounding effort that he isn’t just a raw prospect.

Dylan Hill, Saugerties (NY)-One of several players at the event from New York, Hill showed all night that he can be a go-to scorer at the next level given his skillset and aggressiveness with the ball in his hands.

Zaryn Green, Lowell (MA)-Green is a dead-eye shooter, but to add to that he’s also a very long kid who never settles for the outside shot unless he deems it necessary. This is a player who will be able to add a lot on both ends of the floor to a college program in the future.

Lavante Wiggins, St. Joseph Central (MA)-Wiggins is a build, strong guard with a lot of quickness and athleticism. He has a smooth, reliable jumpshot, but when he wants to pass up on the jumper he has no problem using his quick first-step to get to the rim.