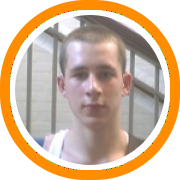 With almost 40 teams in the 17 and under division the Hoop Mountain Invitational Tournament had plenty to offer the many college coaches in attendance. But on Saturday the most captivating action took place in the 16 and under division.

It started early in the morning when New England Select faced off against the Rhode Island Young Bucs. Despite the passionate play of 5’10 sophomore guard Cory Wright Jr., the young Bucs were no match for the deeper and more cohesive Select team. By utilizing their entire bench and consistently shuffling players in and out of the game Select was able to push the tempo throughout all 32 minutes of play and eventually secure a convincing win.

A great deal of the credit belongs with the team’s point guards as Cory Willis and Greg Jacques were both tremendously effective in their team’s up and down style. During the high school season Willis and Jacques share a backcourt at St. Sebastian’s, but today they were rarely on the floor together as they alternated shifts at the point guard position. Both players pushed the ball hard up the floor and were nearly impossible to keep out of the lane as Willis relied on a quick crossover dribble and Jacques an inside out move that had his defenders stumbling.

Also impressive for Select was 6’5 sophomore Kyle Casey from Brimmer & May as well as 6’7 sophomore Tucker Halpern from Nobles. Casey continued to be a major shot blocking threat on the defensive end of the floor while showing the ability to score on both the post and perimeter on the offensive end. Halpern showcased his terrific three-point stroke while also doing a nice job of running the floor hard to pick up some easy baskets.

Later in the afternoon, in perhaps the day’s most anticipated game, BABC took on the Rhode Island Hawks u16 team. The game was close to start as Worcester Academy sophomore guard Sam Martin scored the first 7 points for the Hawks while BABC’s Willie Lyons had 8 of his team’s first 10 on two three-pointers and a running floater in the lane.

In order to limit the touches of UConn bound big man Alex Oriakhi, the Hawks opted to play a 2-3 zone on the defensive end. Unfortunately for them, that opened up the middle for another future Husky, Jamal Coombs, who did a nice job of flashing to interior gaps and slicing his way to the rim. Paced by Coombs and Lyons, BABC was able to build up a lead that hovered just below double digits for most of the second quarter.

In the second half Oriakhi began to assert himself as he worked hard to establish position on the block and then capitalized on a shorthanded Hawks frontline by dunking the ball virtually every time he caught it. Late in the second half he also made a beautiful left handed jump hook move that showed a glimpse of just how much talent this young player has. Also impressive in the second half was 6’0 guard Malik Smith from Madison Park High School who caught fire from beyond the three-point arc. For the Hawks, 6’1 guard Matt Brown played well as he attacked hard off the dribble and showed the ability to finish at the rim or pull-up in the mid-range area.

When it was all said and done BABC earned a 67-45 victory to get back on track after falling in the Massachusetts state tournament a week earlier. As for the Hawks, they are bound to bounce right back especially once they see the return of 6’9 big man Ben Crenca.

In the 17 and under bracket the day’s most impressive performance may have belonged to 6’2 shooting guard Brandon Stephens of the Middlesex Magic. Stephens, who is said to be undecided about his college plans after he graduates from Newton North High School next month, impressed the college coaches in attendance after he led his team to a comeback victory over a very talented Albany City Rocks team. Stephens was impressive from the onset as he knocked down multiple three-pointers and scored in the lane with a series of runners and floaters. But it was in the last two minutes of action with his team down by 6 points that he was most impressive rattling off 7 straight points to lead his team to the come from behind victory.