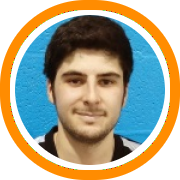 Hoop Group came to MIT on Sunday for their annual Top 100 showcase.  With a very talented and veteran field, we saw improvement in a lot of already established prospects in New England.  The following players stood out during the course of the day, which included intense skill development stations and games:

Isiah Ice (Notre Dame Prep, 2015)- The 6'0 guard did a great job of leading his team and getting everyone involved.  He was able to score off the bounce, and defended 1-on-1 at a high level.

Celio Araujo (Masters School, 2015)- The Masters point guard is one of the better distributors around.  Not flashy, Araujo gets the ball to where it has to be.  He is especially good at passing off  ball screens, hitting the open man on the weak side of the court if his defender helps on penetration.

Winston Morgan (Notre Dame Prep, 2015)- Morgan was able to score on all three levels on Sunday, showing he can get to the paint, pull up from midrange, and shoot the three.  A score-first guard, Morgan can get points in bunches.

Dominique Senat (Marianapolis, 2016)- The 6'6'' forward showed an ability to score face-up from 15 feet and in.  He also displayed a pull up jumper that looked smooth and fluid.

Nate Tenaglia (Tewsbury HS, 2016)- Tenaglia is a pass-first point guard, but he knocked down several 3's in rhythm throughout the showcase.  He is a very efficient and productive point guard who has improved steadily over the course of his high school career, and should enjoy an outstanding season in the Merrimack Valley Conference.

Chris Baldwin (Notre Dame Prep, 2016)- The 6'8'' forward was tough inside all day, as he blocked shots and gobbled up rebounds.  His ball handling has also improved, and made several strong outlet passes.

Tyonne Malone (Putnam Tech, 2016)- One of the better athletes in the field, Malone finished around the rim with both hands both in the halfcourt and in transition.

Jakigh Dottin (Cambridge Ridge & Latin, 2017)- The young point guard is a very good distributor in the open court.  He can get into the lane and find the big open on the block when his defender steps up in help.

Charlie Russo (Notre Dame Prep, 2015)- An incoming post-graduate at Notre Dame Prep, Russo has a great understanding of how to play the game.  He can really shoot the ball, but looks to set up his teammates first.  "Crafty" is the best word to describe his game.

Temi Bailey (West Springfield, 2015)- Bailey is a beast in the paint.  Standing only at 6'3'', he was one of the hardest workers in the field and showed why he will have value at the next level.  He has very good hands and is not afraid to get the tough rebounds against taller players.

Dwayne Thomas (Lowell HS, 2015)- Thomas played with a lot of energy throughout the day and showed how athletic he is with several strong finishes in transition.  Thomas has a good frame, but can also really elevate to finish.