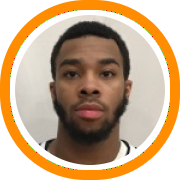 If the New England presence was strong on day one of the Hoop Group’s Summer Classic, it was even stronger on day 2, as bracket play winded down and various programs made their championship runs.

When it was all said and done, there were no championship trophies heading back to New England, but nevertheless, it was clear the region had left its mark on the event for the second straight year.

In the U17 division the Rhode Island Hawks played the role of Cinderella, knocking off Cecil Kirk, the New Jersey Playaz, and then New Heights en route to a Final 4 match-up with the Jersey Shore Warriors that would go back and forth for all 32 minutes before the Warriors ultimately escaped with a narrow victory.

Sem Kroon had his best performance in recent memory on Thursday, asserting himself inside the paint and on the glass, while Mike Leblanc also played extremely well for the second consecutive week.  Kealen Ives was masterful at the point while Ben Engvall was also productive on both ends of the floor.

The Warriors would meet another local squad, the Mass Rivals, in the final.  The Rivals found themselves in a big hole early until Curtis Cobb got hot from the outside, knocking down threes and pull-ups alike to lead a Rivals run.  The Rivals took a narrow lead early in the second half but ultimately just ran out of gas, playing their fifth game in a 28 hour window.

While Kaleb Joseph and Goodluck Okonoboh attracted the likes of Syracuse’s Jim Boeheim, Florida’s Billy Donovan, and N.C. State’s Mark Gottfreid, it was actually Sammy Mojica and Mike Auger that stole the show, displaying tremendous grit and toughness throughout quarterfinal and semifinal wins and both attracting a significant following of low to mid-major coaches as a result.

In the U16 field, both the Rhode Island Hawks and New England Playaz advanced to the Final Four, unfortunately finding themselves matched-up in the same side of the bracket.  The Playaz advanced to the finals with a 51-50 win, before falling to a loaded Team Scan squad from New York, that local fans will remember from their championship run at the Memorial Day Super 16 Showcase.

Aaron McLean, Tyree Weston, and Ben Judson all starred for the Playaz during the course of the tournament.  McLean asserted himself as a force inside the paint while Weston imposed his will off the dribble and Judson continued to show his lethal three-point shooting stroke.

A.J. Brodeur had his latest strong weekend for the Hawks, developing a significant buzz in the college coaches section with the steady and consistent development of his game this spring and summer.  Colin Sistare and Corey Daugherty starred in the backcourt while Sistare was followed by Boston College head coach Steve Donahue throughout the event.

It was a similar story in the U15 bracket, were New England was again represented by two different programs, the Mass Rivals and Connecticut Basketball Club, advancing to the Final Four.  CBC got good production out of KeAndre Fair and Jonathan Mowatt while Sam Ibiezugbe continued to be a huge presence in the middle of the lane.  The Rivals were led by incoming freshman Tomas Murphy, who continued to announce his arrival on the high school scene this weekend in addition to scoring swingman Saul Phiri.

There were two other incoming freshman that made noise this weekend as Kimani Lawrence and Jermaine Samuels both played up with the Expressions U17 team, playing significant rotation minutes throughout the weekend and walking away with scholarship offers from both Providence and Rhode Island as a result.

Dimitri Floras also came up big for Expressions on Thursday and was instrumental in their win over New Heights to close the book on a 4-1 tournament record.  Floras, who announced a day earlier he’ll finish his prep career at the MacDuffie School, had his trademark pull-up game clicking on all levels as he buried a number of jumpers in defender’s faces.

Other local products that stood out on Thursday included: Albany City Rocks guard Winston Morgan who continued to drill shots from behind the three-point line; New England Playaz’ big man Marcel Pettway who asserted himself as a force inside the paint; Westchester Hawks forward Samuel Dingba who had his top-notch motor running at full speed all tournament long; and Connecticut Select big man Chaise Daniels who was followed by a variety of coaches from the Atlantic 10 and other mid-major conferences.