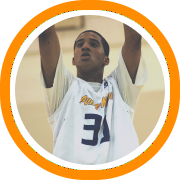 The only possible negative about having so many worthwhile events happening at the same time is that we simply can’t cover them all.  With that in mind today we preview some of the more notable holiday tournaments happening this week in New England.