Hillhouse Repeats in CT Division I 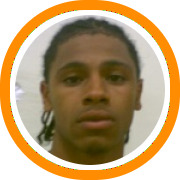 For the second consecutive season Hillhouse and East Catholic met in Connecticut’s Division I state championship game.  But from the onset this game had a very different feel from a year ago.  Last season Hillhouse jumped out to an almost immediate 20 point lead and dominated East Catholic throughout the entire game.  This year no team would score 20 points until the second half as East Catholic did a nice job of controlling the tempo during the first 16 minutes and headed into the locker room trailing 19-15.

However, Hillhouse came out in the second half determined to get the tempo of the game more to their liking and went on an immediate 8-0 run.  East Catholic wasn’t able to recover in a third quarter as they struggled to rebound out of their 2-3 zone and made some uncharacteristic turnovers on the offensive end resulting in Hillhouse extending their lead to 36-19 by the start of the fourth quarter.  During the final period of play East Catholic fought valiantly to make up the lead but ultimately wasn’t able to score enough points before falling 55-39.

6’5 Hillhouse guard Mike Moore led all performers with 21 of his team’s 55 points.  More impressive then the numbers of his points was the timing of them.  Moore essentially carried his team in the first half pulling up from behind the three-point line on two different occasions and also showing off his impressive mid-range game.

East Catholic’s 6’8 junior center Nick Greenbacker also had an impressive first half scoring 8 points, pulling down 5 rebounds, and blocking 4 shots as he anchored the interior on both ends of the floor.

For East Catholic’s 6’2 senior guard Michael Auriemma Saturday’s game must have been especially tough.  Not only did he play his last high school game on the same court where his father has made history coaching the University of Connecticut women’s team, but Auriemma never had much opportunity to produce as Hillhouse keyed on him defensively for the entire game.  The Academics did a great job of chasing Auriemma off of screens, being there every time he caught the ball, and running different defenders at him.

In addition to winning the Division I State Title Hillhouse finished at the top of the Hartford Courant’s state wide poll for the second consecutive year.  Head Coach Kermit Carolina’s team has unquestionably been the state’s dominant team during this stretch as they achieved a record of 54-1 over the two year span and won back to back state titles.  Even more impressive is this year’s squad returned only one starter in Moore and was still dominant as guys like 6’3 guard Kwamaine McCarter, 6’5 sophomore forward T.J. McKenzie, 6’2 senior guard Chris Murrell, 6’4 senior forward Chris Cagle, and 6’6 sophomore forward Hassan Toler all stepped up.

Weaver Wins Class L
In front of a crowd that filled the better part of Gampel Pavilion, Weaver High School held off Maloney High School in a final that will likely be remembered more for the play of Weaver’s 6’0 sophomore point guard then anything else.  Tyrone Gardner put on quite a show scoring 34 points through the first three quarters of the game and finishing with 36 on the night.  Gardner shot the three, he went to the basket, he made floaters, and threw in fade-aways…he did just about everything, especially during a third quarter that saw his Weaver team take a consistent lead.  Equally impressive was his play in the fourth quarter as Maloney began to double him to get the ball out of his hands.  To his credit, Gardner didn’t force the action, showed good trust in his teammates, and made some spectacular passes to hit the open man.

Maloney, who saw their undefeated season come to an end with the loss, was led by 6’6 senior forward Jeron Belin who scored 24 points showing his outstanding athleticism and ability to score on the interior.  6’2 junior guard Johrone Bunch also played well scoring 16 points.

With the win Weaver secured a 22-3 overall record for the season and the number 2 ranking in the final Hartford Courant poll of the season, behind only Hillhouse.  Moreover, with Gardner and 6’1 junior guard Charles Moreland returning next year Weaver will likely be on of the pre-season favorites.  Maloney, who entered post season play atop the poll, finishes at #3 after cruising through the regular season a perfect 20-0 and winning the Central Connecticut Conference (CCC) Tournament.

Weston Wins Class M
First year Head Coach Billy Lovett guided Weston to their first ever state championship in their third visit to the final game.  Lovett’s squad was again led by their 6’9 center John Galvin who finished with 20 points, 15 rebounds, and 4 blocked shots.  Galvin, who is headed to Farleigh Dickinson next year, was almost impossible to stop when he caught the ball close to the basket as Waterford didn’t have anyone who could match him in single coverage.  Consequently, Waterford was forced to pack in the lane which resulted in open looks for Weston’s guards as Ben Kosinski finished with 13 points, including 7 consecutive ones in the second quarter.  Also playing well for Weston was their athletic forward Tommy Montelli who finished with 12 points and 9 rebounds.

As has been their trademark all year long Weston dominated the game with their defense.  On this day it was a triangle and two that focused primarily on Waterford’s senior backcourt in 6’3 Anthony Malhoit and 6’0 Trevor Hendry.  Weston’s defense was so good that they held Waterford to only 2 points during a decisive third quarter that saw them break open the game.

The win culminates what is likely to go down as the best season in the history of Weston High School basketball as they won their first state championship, their first SWC championship, and finished with a record of 24-4 overall not losing a game in the post-season.

East Windsor Wins Class S
6’0 guard Dan Gonzalez has led his East Windsor team throughout the season averaging 27 points per game.  His best performance of the year may have come a game earlier as he scored 38 points including a three-pointer to send the game into overtime in a semi-final win against Coginchaug.  But during the first half of Sunday’s Class S Championship game Gonzalez didn’t have a point as Cromwell freshman Isiah Salafia was all over him and didn’t allow him a shot inside the three-point line.  But led by 6’5 senior center Dan Christensen, who finished with 13 points, East Windsor’s supporting cast stepped up to keep the game close as Cromwell led 25-19 at the half.

Similarly, Cromwell’s 6’8 senior center Justin Martin who is receiving a good deal of division II and III interest was held to only 11 points but received help from Salafia who also had 11, and 6’0 senior John Schmaltz who finished with a team high 13.

The second half was a different story as East Windsor opened the period with an 8-0 run beginning with a Gonzales drive and reverse lay-up.  Additionally, East Windsor locked down on the defensive end and frustrated Cromwell’s offense down the stretch allowing them to establish a slight lead late in regulation.  But the game came right down to the wire with Salafia making a three-pointer to cut East Windsor’s lead to 50-48 with 30 seconds remaining.  After a quick foul 5’9 junior guard Marc Novak made two critical free-throws to make it a two possession ball-game and seal the deal for East Windsor.