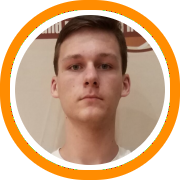 The Rhode Island Interscholastic League is unique among New England's six state associations because they crown one undisputed state champion.

The post-season still begins with tournaments in all three respective divisions - with Bishop Hendricken, Cumberland, and Tiverton earning this year's championships in Divisions I, II, and III respectively - but then culminates with a single elimination state tournament with the top 16 teams in the RIIL regardless of division.

To no one's surprise, top seeded Bishop Hendricken added to their program's incredible history with their latest championship. They opeend with a 53-47 win over South Kingstown in the round of 16, then knocked off East Providence 74-55 in the Elite 8, dispensed of North Kingston 64-51 in the Final Four, before knocking off Shea 66-55 in the finals.

Robert Fiorito scored a team high 21 points for Hendricken and earned Player of the Game honors in the process while Malik Muhammed-Hester earned the award for Shea. Justin Mazzulla, who had 15 points and 15 rebounds a night earlier in the Final Four, was held in check offensively but impacted the game in a variety of other ways with 6 points, 11 rebounds, 6 assists, and a pair of blocks. Tyrone Weeks Jr. led the way offensively in the Final Four with 24 points and 9 rebounds.

This was Bishop Hendricken's second consecutive state championship and third in the last four years.

A complete list of All-League and All-Division recipients can be found on the RIBCA site.