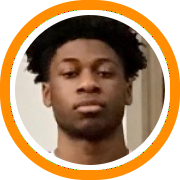 Hamden Hall and Metro Boston point guard Tim Dawson has committed to, and signed with, New York Institute of Technology.

NYIT is an NCAA division II school located in Long Island that competes in the East Coast Conference.

Dawson started his career at Notre Dame-West Haven, where he played alongside Tremont Waters as a junior, before spending his final two season at Hamden Hall.

He averaged 13 points and 4 assists this season while shooting 43% from three-point range for a Hornets squad that captured the NEPSAC Class B championship and finished the season with an overall record of 25-2.

Following the season he was named All-NEPSAC honorable mention in Class B.

"Tim was our floor general at Hamden Hall and led the way for us to two championship seasons," said HH head coach Sean Doherty. "He has great change of speed and really shot the ball well from three this season. He was such a pleasure to coach and NYIT got not only a great player but a great person in Tim Dawson."

"Tim is an explosive, high IQ point guard who makes his teammates around him better," said NYIT interim head coach Evan Conti. "I expect Tim to have a great career with us at NYIT these next four years."