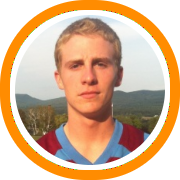 Only four teams were left standing to start the day on Wednesday in each of the five brackets at the AAU Super Showcase.  New England was represented in four of the five brackets with BABC in the gold, Middlesex Magic in the bronze, MB Nation in the copper, and the Rhode Island Hawks in the Iron.

While three of the four squads suffered heartbreaking losses, the Hawks managed to hang on to bring a championship back to New England.

They began the day with a 54-42 win over New Jersey Elite in the semifinals and came back early in the afternoon to score a 58-51 win over Team Southern Indiana Red.

Sam Donahue was the offensive standout for the Hawks, catching fire from behind the arc to lead the way in the scoring column.  With Chris Mendes seeing limited time because of an ankle injury, Travis Sheldon proved to be equally important in the backcourt, logging heavy minutes and running the show on both ends of the floor.  Also making a big impact was incoming Suffield Academy swingman Erik Sanders, fighting through a knee injury of his own, to score in transition and defend opposing swingmen.  Josh Downes also made heavy contributions according to Hawks’ head coach Tommy Verdell.

In the 32 team invite only gold bracket, BABC scored a semifinal win over Hoop Heaven Heat Elite before running into the Houston Defenders and the Harrison twins in the finals.  The Defenders ultimately took home the title with a 55-45 decision.  Georges Niang continued to lead BABC offensively with 18 points while Jake Layman continued to garner attention as one of nation’s breakout prospects.