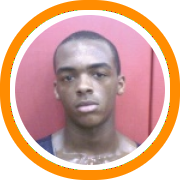 There were few upsets at the first full day of the Hall of Fame National Invitational.  The New England Playaz and Illinois Wolves came into the tournament as the favorites in the 17 and under bracket and both teams finished the day unbeaten.  But it was another local team in Connecticut Basketball Club who had the largest average margin of victory at 27 points per game.  CBC showed a versatile offensive attack throughout the day, as both their big men and guards took turns dominating the game.

In their first game of the day CBC locked up with Lone Wolf Athletics from Vermont.  The Connecticut team did a nice job of executing their high low motion offense and getting big men Chris Baskerville, Nick Greenbacker, and Greg Mangano several easy baskets in the paint.  In the second game it was the backcourt of Tony Taylor and Chris Prescott who took over to score 17 and 18 points respectively to put away the Albany City Rocks.  For tomorrow’s championship round play the Connecticut based team will also see the return of their leading scorer David Gibbs, who missed the vast majority of today’s action.

In the 16 and under bracket the New England Playaz appeared poised to run away with the title as they were dominant in both of their games.  Nyheem Sanders was instrumental to the team’s full court defensive pressure as he was able to force the opposition into numerous turnovers that led to easy baskets.  Sanders also demonstrated an improved shooting touch from the perimeter on his way to scoring 20 points.  That tally was equaled on the interior by 6’8 Jordan Williams who converted 7 of his  9 shots from the floor.

Here is a list of some other players who shined today:

Stevie Mejia:  Scored 19 points in the first half of Metro Boston’s win over Bedford Cheetahs.  In the second half he was content to play the role of a distributor and get his teammates involved.  Metro Boston finished the day 2 and 0 to advance into the Platinum bracket.

Pat Donnelly:  A scholarship level talent who is flying way under the radar.  He is an outstanding three-point shooter with deep range and a quick release.  The only problem is he is a quarterback who is set to play division I college football.

Lucas Croteau:  He continues to play well under the bright lights as he followed up on his dominating performance at the Rumble in the Bronx with two 20+ point efforts tonight.  He may not be the quickest or most athletic but he makes more shots than almost any other player in the gym.

Raheem Singleton:  He drew quite a gallery of college coaches to his first game of the day.  He showcased his improved range that now extends well beyond the three-point line as well as an ability to attack the rim in transition and finish against contact.

Jon Goldberg and Duane Campbell:  Although their Lone Wolf team finished a disappointing 0-2 the backcourt duo showed flashes of being something special.  Goldberg was able to get into the lane with a quick first step and finish with soft floaters while Campbell was very hot from behind the three-point line.

Anthony Ireland:  The rising junior guard continues to play well this summer.  He had 19 points in his team’s victory over Harlem Pride showing his fell repertoire of three-pointers and dribble drives.

Markese Berry:  He was the most dominating player in the 15 and under bracket.  The Frontcourt Fire forward was relentless attacking the rim en route to a 25 point performance in his team’s victory over New Heights.

Ephraim Herskovitz:  Went for a day high 6 three-pointers in a single game as he scored 22 points to lead his Boston Bounce team over Hartford Knights.  He is the definition of a three-point specialist.