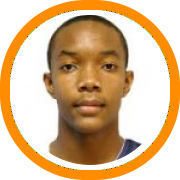 Nearly 18 months after signing a National Letter of Intent with Appalachian State, Brewster Academy post-graduate Devonte Graham finally received the release he had waited over a year for on Wednesday.

The news came only a day after Appalachian State announced the hiring of former Davidson assistant, Jim Fox, as the program’s new head coach. Previous head coach Jason Capel had refused to release Graham.
The news was already opening up the flood gates of college coaches who had been anxiously waiting to speak to Graham all season long.

The six-foot-one point guard couldn’t have been much better for Brewster this year as he was instrumental in both their NEPSAC and National Prep Championships.

Graham is the latest in a long line of talented point guards to come through the Brewster program, and according to head coach Jason Smith, he’s as good as anyone who has come before him.  That’s high praise considering the list includes people like Kansas’ Naadir Tharpe, Xavier’s Semaj Christon, and former Washington State point guard Reggie Moore.

Graham’s release wasn’t the only piece of news to come out of Brewster Academy on Thursday.  In fact, the Bobcats saw their sixth division I commitment of the year when Traylin Farris committed to the University of Incarnate Word.

The Southland Conference school is located in San Antonio, Texas, which is only about 200 miles away from Farris’ hometown of Rosharon, Texas.

The six-foot-eight four-man missed long stretches of his post-graduate season due to injury but has unquestioned length and athleticism, along with some budding skill inside of 16 feet.