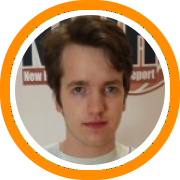 Hanover, Mass – The second part of our Elite 75 – Frosh/Soph Edition coverage will again focus on the class of 2017, only this time we’ll examine the stock-risers, or prospects who proved themselves to be definite college prospects, earning a spot in the NERR database as a result.

Cormac Ryan – A gifted shooter with near-perfect rotation, the 6-foot-3 sophomore from Collegiate (NY) possesses a quick release and solid footwork, especially when catching and shooting from either direction coming off a pick.

Justin Ryder – Another guy who made the trip from outside New England to take advantage of the exposure opportunity that Elite 75 provides, the Paul VI (NJ) guard is a playmaker with vision and intelligence who creates offense for everyone around him.

Philmon Gebrewhit – The New Mission sophomore was perhaps the most pleasant surprise of the day.  A big wing, Gebrewhit stands at six-foot-five with good length and athleticism to make plays with the ball and enough skill to knock down open jumpers.

Daniel Rymer – The 6-foot-5 sophomore forward from Cambridge Rindge & Latin is rugged and powerful.  He showed excellent timing in rejecting a number of opponents’ shots with both hands, and was a regular factor on both the offensive and defensive boards.

C.J. Seaforth – The undersized 5-foot-11 sophomore point guard from Hamden (CT) had a number of eye-catching defensive and offensive sequences. On one play he rotated defensively to double team an unsuspecting opponent, grabbed the steal, drove to the basket and used his body to feign off the defender and score the driving layup.

Caden Dumas – A six-foot-six sophomore from Worcester Academy, Dumas has the size, length, and motor to make his presence felt on both ends of the floor while also knocking down a few jumpers during the course of the day.

Devonn Allen – The sophomore guard from Danvers was another of the day’s most pleasant surprises.  He looked like he belonged at a high level of competition, had a good feel for the game and understanding of how to play, and the burst to rise up for short jumpers and pull-ups.

Vincent Baker Jr. – All arms and legs with huge feet, the Ledyard sophomore stands six-foot-two right now but could be bound for the same late growth spurt that his father had.  Baker played inside and out but seemed to be at his best around the basket.

Max Zegarowski – The bigger of the Zegarowski twins, Max is a highly versatile six-foot-six jack of all trades who is capable of playing multiple positions and filling a variety of different roles on the floor.

Ulyn Coleman – An intriguing six-foot-four sophomore from Catholic Memorial, Coleman is a long lefty with good athleticism and some budding guard skills on the perimeter.

Jared Simmons – The Newington (CT) sophomore shot the ball very well from behind the three-point line and also showed his athleticism in plays like this one caught by BallasTV.

Carter Scott – A prototypical coach’s son Scott is very fundamentally sound, good with the ball, smart moving without it, active defensively, and able to knock down open shots from 3.

Hayes Kelchner – A six-foot-six four-man who is known for his toughness and productivity around the rim, Kelchner made his elite 75 debut and picked his spots to make his presence felt inside the paint.

Brad Landry – He impressed early in drill work, showing good footwork off the catch, and continued to make shots during the course of the day showing a high release to help him get it off over contesting defenders.

D.J. Frechette – Another player who made a name for himself, Frechette has the strong body to physically hold his own against a high level of competition and the skills to play both on and off the ball in the backcourt.

Jamari Venter – A two sport star at Rivers (MA), Venter also stands out on the gridiron.  On the hardwood,  he’s a quick guard and good decision maker who has a chance to step in to an increased role this year for the Red Wings.

Nick Casiano – The Rocky Hill (CT) product made shots in bunches from behind the three-point line and was smooth with the ball in the open floor.  Check out his YouTube highlights.

Nathan Habtom – One of several talented youngsters for Cambridge Rindge & Latin (MA), Habtom is a big guard with good length, decision making ability, and the skills to both pass and score.

Nate Freeman – He’s a youngster we’ve had our eye on for a long time, but his performance this weekend secured his spot in the NERR database as the Beaver Country Day (MA) guard made it clear he is a college basketball prospect.

Ryan Veguilla – The Bishop Fenwick (MA) guard was one of the most deceptively gifted playmakers in the field, with a special ability to weave in and out of defenders in the open floor and see the court while in attack mode.

Here is a look at some other guys who caught our attention:

• Nick Guadarrama is another Newington (CT) product and three sport athlete who looks bound to be a very good high school player;

• Adonis Williams is a strong, playmaking guard from New York who made the trip to New England to prove himself;

• Ethan Telford is a hard-working and tough guard who drew praises from coaches for taking one of the day’s only charges in a 2-on-1 drill;

• Anthony Cabrera is guard from Brockton (MA) who is creative of the bounce and able to finish over or around bigger players at the rim;

• Nick Timberlake is well built with solid athleticism and the ability to score the ball.  He’ll be a very important player for Braintree (MA) down the road;

• Portsmouth Abbey (RI) guard Andrew Fonts is a smart player who combined crafty moves off the dribble with clever finishes at different angles;

• Parker Smith is a strong slasher and high character player who is bound to be a player for Stevens High School (NH);

• Austin Jones is a long and lanky guard with some obvious upside for St. Paul (CT) as he continues to fill his frame out and develop his skills;

• East Hartford (CT) guard Antwan Blake is another guy with upside as he combines a strong handle with a frame that looks ripe for a growth spurt.