Fitzy All Star Games on Sunday 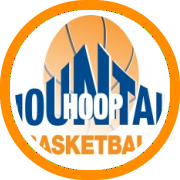 Hoop Mountain, Inc. in conjunction with the Boston Amateur Basketball Club (BABC) will be hosting the 11th annual “Fitzy All Star Games” on Sunday March 17, 2013 at Mount Ida College in Newton, Massachusetts in what is sure a can't miss event featuring many of the Boston area’s top players.

The action will tip at 10am with the freshmen game.  Approximately twenty four of the area’s best freshmen will take to the floor to compete against one another in an exhibition match. The freshmen teams will be coached by Brimmer and May's Tom Nelson, Pingree School's Dave Latimer, and Dean College assistant Joe Cabral.

The sophomore game will be up next at 11:30am, followeded by the junior game at 1:00pm.  Both the sophomore and junior games will feature two prestigious Massachusetts programs as Vin Pastore's Mass Rivals will take on Leo Papile's BABC in back-to-back exhibition games.

The Boston Amateur Basketball Club has been hosting the Fitzy Games for the last 11 years.  The BABC is one of the most prestigious AAU programs in the country, winning 17 national titles during their history.  This season, their sophomore team is aiming for an unprecedented fourth straight national title.