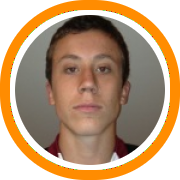 The class of 2013 is officially in the books and this group will be remembered, more than anything else, for its top two prospects, Noah Vonleh and Wayne Selden.

While Vonleh has held a slim edge in the NERR and national rankings alike, it seemed fitting that they finished side-by-side in the final ESPN 100 of 2013.

With their high school careers having now come and gone, these two are going to be forever linked by New England basketball history.  They both drew national headlines by reclassifying back to 2013, both were chosen to represent New England at the McDonald’s All-American Game and Jordan Brand Classic, and ultimately, they’ll be what people remember about this class.

After Vonleh and Selden, the 2013 class didn’t have quite the same amount of high-major talent as we’ve seen in recent years, but there were still plenty of intriguing storylines with national significance.

Brewster Academy’s Elijah Macon, who will be counted on to make immediate contributions next season at West Virginia, made significant strides during the course of his post-graduate season and established himself as the clear cut choice for the third spot in our rankings.

True local products Rene Castro and Andrew Chrabascz both capped their careers with tremendous senior seasons and will now end up playing their college basketball together in the Big East after conference realignment pulled Butler up another level.

There was a lot of action during the late signing period, especially at the high-major level, where guys like Jamel Artis, Shane Rector, Daquein McNeil, Roger Moute a Bidias, Matt Atewe, Duane Notice, and Darryl Reynolds are now all heading following strong seasons on the prep circuit.

Collectively, the class of 2013 had tremendous depth with well over 100 different prospects earning legitimate recruitment at the scholarship level.  With that type of depth comes opportunity for some recruiting steals and this year there were more than a couple.  The most notable examples lay with division III Williams landing Duncan Robinson, division III Endicott scoring Daquan Simpson, division II New Haven getting Jemal Mosley, and Dayton scoring Dayshon Smith over multiple high-major suitors.

This class also has its fair share of late bloomers, and so don’t be surprised if guys like Dylan Haines, Chaise Daniels, and Donte Gittens end up blossoming into very successful college players after showing increasing frequent signs of development throughout their high-school careers.

In total, the class of 2013 brought New England two of the nation’s top prospects, a deep and talented pool of future college basketball players, and some of the most intriguing storylines we’ve seen in a long time.

Click here for the final 2013 rankings in New Hampshire.

Click here for the final 2013 rankings in Rhode Island.