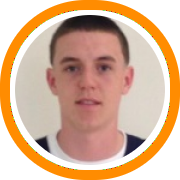 With three quarters of Nike’s Elite Youth Basketball League’s regular season now in the books following session 3’s completion this past weekend in Dallas, both Expressions Elite and the BABC are in excellent position to qualify for the EYBL Finals at the Peach Jam.

Both teams compete in Division C, easily the most competitive of the EYBL’s four ten-team divisions.  Expressions currently sits in third place in the division with an 11-2 record while BABC is right behind them in fourth place at 9-4.

Jared Terrell was the standout for Expressions this weekend.  He opened the weekend with 15 and 20 points respectively against Team Scan and Houston Hoops, but raised the level of his game even more for the second half of the weekend, combining for 40 points, 11 assists, and only 1 turnover in wins over Team Texas Pro and the Albany City Rocks.  Jared Wilson-Frame scored a team high 16 points on Friday night against Team Scan while Aaron Falzon made solid contributions throughout the weekend as well.

BABC opened the weekend with a tough 61-59 win over a tough Meanstreets team behind Bonzie Colson’s latest starring performance.  Colson finished with 24 points, while averaging 19 per game throughout the weekend.  Henry Bolton also had one of his better games of the season, contributing 12 points off the bench.  Tyler Nelson finished in double figures in three of the team’s four games on the weekend while Terance Mann and Tyree Robinson also made notable contributions.

The fourth and final session of the EYBL regular season takes place on Memorial Day weekend in Minneapolis, Minnesota and is important for a number of reasons.  First and foremost, invitations will officially be punched to the Peach Jam following the conclusion of the regular season.  This will also be the longest session of the EYBL schedule, including seven games over the course of four days for each team.

The weekend will also include a head-to-head match-up between BABC and Expressions, currently scheduled 9:00p.m. tip on Friday, May 24th.