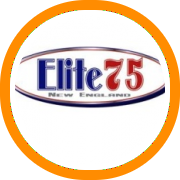 The New England Elite 75 Showcase tips off this morning at Boston University’s Case Gymnasium.  Now in its fifth year the Elite 75 has developed a rich history hosting over 90% of New England natives who have gone on to earn division I scholarships in that time.  Players like Alex Oriakhi, Erik Murphy, Jamal Coombs-McDaniel, Jordan Williams, Rakim Sanders, Allen Chaney, Mike Marra, Nate Lubick, Troy Gillenwater, Gerard Coleman, Carson Desrosiers, Billy Baron, Thomas Knight and Evan Smotrycz are just a few of the prominent alumni who have played in New England’s most prestigious showcase.

For the second consecutive year the 2010 Elite 75 takes place during the July Live period and is expected to once again draw a large numbers of on-looking college coaches.

The afternoon session will tip at 1pm with the beginning of the traditional format.  Combine style break-downs will mirror the NBA’s pre-draft camp as player’s will be judged on their ability to utilize their skills in predetermined one on one, two on two, and three on three actions.  Instead of watching “stations”, college coaches will instead get to evaluate prospects in isolation situations, pick and roll action, dribble-handoff action, and while setting/using down-screens.

Following the completion of the combine style breakdowns players will then go up and down in 5 on 5 games.

Only a handful of rising sophomores were invited to keep the focus on the upperclassmen but the two best will be there as Kuran Iverson and Noah Vonleh are both confirmed to attend.

The Elite 75 tips at 11am with morning game sessions, begins the afternoon session at 1pm, tips afternoon game sessions at 3pm, and concludes by 6pm.