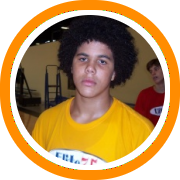 The New England Recruiting Report will host its seventh annual New England Elite 75 Showcase on Friday at UMass Lowell.  Here’s a look back at the event that has developed into one of New England’s proudest traditions of exposure:

75 players gathered at Mass Premier Courts on an August afternoon for the inaugural New England Elite 75 Showcase in 2006.  Alex Oriakhi and Jamal Coombs-McDaniel were dominating the headlines that summer after leading BABC to a 15-and-under national championship and making an early commitment to UConn while New England Playaz forward Rakim Sanders was a top 30 prospect in the country and the best rising senior in the region.

All three were in attendance for the Elite 75 along with the top players from all six local states.  Oriakhi went head to head with a rival in the making that day in Erik Murphy while another young big man named Jordan Williams made his first arrival on the local scene, with his potential showing as clearly as his hairstyle.

Damian Saunders and Chris Prescott both showed well that day while the likes of Allan Chaney, Ron Giplaye, and a young point guard named Nadir Tharpe did as well.

Coombs-McDaniel would assert himself and be the dominant player at the 2007 New England Elite 75 Showcase while another up and coming player would show his first signs of stardom in current Georgetown forward Nate Lubick.

Tucker Halpern was another big stock riser from the day while a three guard trio from Connecticut of David Gibbs, Tyrone Gardner, and Chris Prescott also stood out.  Gerard Coleman and Mike Marra were two other young guards who showed their promise that day.

The 2007 Elite 75 also saw the return of a number of prominent alumni from the region including Jeff Adrien (UConn), Doug Wiggins (UConn), Anthony Gurley (Wake Forest), Farnold Degan (N.C. State), and Chad Miller (Creighton) who competed against the showcase all-stars following the conclusion of the event.

The event also served as the Elite 75 debut for a trio of young players who would go on to become three of the most visible faces of New England basketball in Michael Carter-Williams, Andre Drummond, and Alex Murphy.

2008 was also the first time that ESPN was on hand to cover the event as they joined Scout.com, New England Recruiting Report and Hoopville among others.

2009 brought the Elite 75 into the July live period for the first time and also included a one year partnership with Reebok’s Proving Ground Camps.

Two young big men also made their Elite 75 debut’s that day as Kaleb Tarczewski and Zach Auguste showed flashes of being able to develop into the dominant players they are today.

The fifth annual New England Elite 75 Showcase saw the return of Noel and Niang along with Wayne Selden, Jaylen Brantley, Jake Layman and Andrew Chrabascz, all of whom stood out in the day’s morning session.

Brandon Sherrod, Evan Cummins, John Papale, Jordan Laguerre and Tommy Carpenter were among the top performers in the afternoon session while Zach Chionuma, Ousmane Drame and Gabas Maldunas all helped to push their stock to the division I level with breakout performances.

The breakout underclassmen performance of the 2010 event belong to future McDonald’s All-American point guard Kris Dunn who stood out with his playmaking.

Tarczewski, Auguste, Papale, and Cummins all returned to headline the senior class at last July’s Elite 75 Showcase while guys like Timajh Parker-Rivera, Jesse Chuku, Terry Tarpey, and Jean Yves Toupane all shined in their respective debuts.

A new cast of up and coming young stars showed off their potential as Noah Vonleh, Abdul-Malik Abu, Jared Terrell, Kaleb Joseph and Jarred Reuter showed off the plethora of young talent the New England region had to offer.