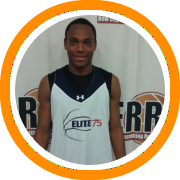 We’re now less than one week away from the 2019 Elite 75 Showcase – Frosh/Soph Edition, with the north session set for Saturday at the Dana Barros Basketball Club and the south session a day later on Sunday at Connecticut College.

Space is still available and interested prospects in the classes of 2022 and 2023 can learn more and register at the links above. Answers to most frequently asked questions are also available here.

Our latest flashback takes us to 2013 when the sixth installment of the Frosh/Soph Showcase once again raised the bar.

This year marked the arrival of one of the most anticipated freshmen classes in quite some time. Tomas Murphy, Jermaine Samuels, and Kimani Lawrence were just two weeks into their high school careers but already owned firmly established reputations when they arrived at the event.

They were joined by other incoming freshmen including Jerome Desrosiers, Hasahn French, and Sunday Okeke who all went on to have dominant showings in the freshmen division.

The sophomore division was marked by the arrival of four Vermont Academy products as Bruce Brown made his return along with Christian Vital, Sedee Keita, and K.J. Santos. Ironically, it was Keita and Santos, not Brown and Vital, who came into the event with the biggest reputations, but that was the day the guards began to set the record straight.

Future Providence guard Makai Ashton-Langford was one of the best guards in attendance that day while current UMass guard Unique McLean was already a YouTube sensation because of his high level athleticism.