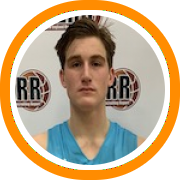 A day after beginning our Frosh/Soph recaps with a look at the top frontcourt performers in the class of 2020, today we’ll shift our focus to the best of the wings in that sophomore class.

Putnam Science Academy had two of the very best in newly arrived Anthony Thomas and Worcester native Demarr Langford. While both have high ceilings, and should be a nice compliment to each other over the next three years, their games are still very different.

Thomas is a straight wing. He’s a slasher who is always in attack mode and very long, not just in his arms, but in the way in which he covers the court with instinctive economy of motion. His total impact doesn’t always live up to his potential just yet, but it’s very clear he’s just beginning to scratch the surface of his ability.

Langford has a similar upside with a rock solid build, the athleticism to elevate in traffic, and good hands. He’s not as aggressive with the ball just yet but has the maturity to impact the game in a variety of other ways as he plays hard, defends, rebounds in high volume, and has an unselfish approach offensively.

Cairo McCrory, Master’s – He was as athletic a player as there was in the entire field. He was all over the rims from start to finish, dunking with both hands as well as on top of helpless defenders and showing just as much bounce with his second jump as his first. He also showed good speed in transition, a willingness to utilize his physical tools defensively, and even made a couple of threes.

Jalen Graham, Hyde School – After first making a name for himself at the Memorial Day Super 16, Graham had another strong showing here. He’s a similar high level athlete who can absolutely take off and mixes in a fair share of power once he’s air born at the rim. He’s a highlight reel waiting to happen in the open floor but also a capable, and evolving, shooter from the perimeter.

Judson Martindale, Worcester Academy – A long wing who gets out in transition and can elevate, Martindale does his best work off the bounce right now but is gradually closing the gap with his jumper. He plays hard, rebounds both ends, finishes inside, and is a deceptive shot-blocker. He produced on Saturday and could see his stock continue to rise if he grows another inch or two.

Joey Merrill, Bradford Christian – He’s physically developed with a strong upper body and knows how to use that strength. Merrill also appears to have both grown an inch and improved his skill in the last year. The southpaw knocked down open shots, was crafty with the ball, and showed both some good body control and feel for the game.

Bobby Sommers, St. Mark’s – He’s a good shooter with a strong body but he did a little bit of everything on the night and impacted the game in a variety of ways. He was perhaps most aggressive with his effort as he hustled for every ball and got on the floor for loose ones.

Aidan Carpenter, Hyde – A Connecticut native who made the move up north to Maine for the season, Carpenter made a big statement this weekend. He’s a long and athletic wing who could also be described as a big ball-handling guard in the making. He’s wiry, quick, and smooth with the ball in his hands, able to whip his handle as well as he does finish above the rim. Definite high level potential to develop.

Jack Molloy, Brunswick – He collected praise from every coach who watched him on Saturday as he was noteworthy with his shooting stroke from three, high motor, basketball I.Q., and attitude alike. He may have been a bit of an unknown coming into the event, but left as one of the most productive guys in the field and a major stock-riser.

Matt Knowling, East Catholic – A long lefty wing with the potential to develop a great skill set, Knowling both creates off the bounce and shoots a good ball from the three-point line. He’s also a strong athlete who was active on both the glass and the defensive end. He’s still young for his grade and is another prospect with a high long-term ceiling.

Earl Tucker, Milton – Tucker is a long and athletic wing who has recently added an element of power to his game with an increasingly strong body. He already understands how to maximize his physical tools attacking the rim, but is also proficient at shaking opposing defenders and creating space off the dribble.

Deandre Ortiz, Marianapolis Prep – A strong and physical forward, Ortiz still needs to extend his skill set away from the basket but he already impacts the game with his athleticism and hustle. The lefty also runs the floor well and appears poised to play multiple positions.

Gus Larson, New Canaan – He drew multiple comparisons to Stanford bound guard Cormac Ryan on Saturday as Larson showed a unique combination of perimeter size and skill, with both his ball-handling and shooting, to catch people’s attention and begin to make a name for himself.

Trace Gotham, St. Sebastian’s – A bouncy athlete who showed a versatile floor game, Gotham could elevate in traffic, knock down open shots, rebound the ball and attack the rim. He could project as either a good sized wing or even a stretch-4 with another inch or two.

Marcus Peterson, New Hampton – He’s a long and rangy wing who is just beginning to fill out, already owns a lot of quickness, and can be a major threat in the open court. He showed a lot of potential as both a slasher and defender and will be one to watch in the coming years.

Josh Ehikhamhen, Pacific Rim – He’s strong and a high-flying athlete who skied for several put-back dunks over the course of the night. He’s especially dangerous in the open floor with speed, strength, hustle, bounce, and aggressiveness.

• Craig Faria, Cardinal Spellman – He scored it by making open jumpers on the perimeter as well as utilizing his length to make tough lay-ups in traffic

• Khari Wilson, Brunswick – A long, lean, and athletic wing with a ton of upside to his frame, Wilson has a bright future as he fills out and gets more assertive

• Dawin Santana, Redemption Christian – He combines good size on the wing along with some open floor playmaking ability

• Jay Reynolds, Suffield Academy – A hard driver who has the strength and athleticism to finish in traffic and also made some shots from the perimeter

• Leyton Bickford, Sanford – A combo-forward type who combines a big body with the ability to stretch the floor and a hard playing mentality

• Elijah Edwards, Northfield Mount Hermon – He plays hard, is physical, defends, and does all the little things as a jack of all trades type

• Gavin Greene, St. Joseph’s (CT) – A versatile player who can play multiple positions, rebounds the ball well from the perimeter, and brings great energy to the court

• Parker McLaren, Newburyport – He rebounds, handles well for his size, knows how to play, and sets himself apart with how hard he plays

• Eli Swanson, Inter-Lakes – He’s crafty around the rim with a frame to clear space but has versatility and a crafty, almost European style, type game

• C.J. Summers, St. Andrew’s – He played hard on absolutely every possession and was equally consistent finishing plays around the rim

• Billy Wadolowski, Southington – A strong bodied wing who is very active on the offensive glass and has a chance to evolve into a big guard