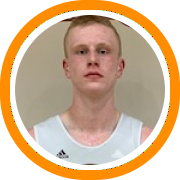 The Elite 75 Camp began to wind down on Sunday night with all-star games in both the Big Ten and the Pac 12 Conferences. That led to play-off action throughout the day on Monday while the 2016 edition of the camp wrapped up with an award ceremony on Monday afternoon.

Here are the standouts from the day:

Dyondre Dominguez, Tolman 2019- The long athletic 6’7 Dominguez is super talented and has a lot of potential; he can do many key things out on the court. He blocks and alters shots, shoots it from 3, take his defender off the bounce, either pulling up or dunking it. As Dominguez continues to grow into his body and becomes a consistent player, his future projects to be a bright one.

Zach Maturo, Bonny Eagle 2020- Maturo is an extremely skilled player. Maturo had an impressive stretch Monday where he knocked down three 3s in a row. He is not just a shooter though, he can make plays off the bounce and showed a nice running floater.

Brandon Borde, Foxboro 2020- A strong, skilled player who uses his body extremely well to create contact  and finish through it. He’s not only good driving to the hoop, but can really shoot it from both mid range and long distance.

Rakeesh Tibby, East Catholic 2019- Tibby has a high basketball IQ and an understanding of post-play, demonstrated by his great touch passes and ability to pass out of double teams. He really gets after it on both ends of the floor, using his big frame to contest shots and finish through contact offensively.

Tariq Eubanks, Buffalo Academy of Science Charter Schools 2021- Eubanks has the quickness to blow by defenders as well as an array of finishes when he gets to the rim. He scores with a soft touch high off the glass, floaters, and spinning the ball off the glass.

Malachi Hazelton, Bedford High School 2020- Hazelton, who was measured with a 6’9 wingspan at the camp, has elite length and athleticism. He can defend multiple positions and handles the ball well for a wing. As he continues to develop a more consistent jumper, which he showed flashes of this weekend, Hazelton will be a name you will be hearing a lot of in the coming years.

Cameron Schainfeld, Newton North 2020- At 5’4 Schainfeld has to find ways to stand out and boy did he do that Monday. He hits shots from deep and made plays for others. Even without an almost certain growth spurt, this young playmaker should be an exciting prospect.

Tyler Whitney-Sidney, Somerville 2020- With the trend towards long athletic playmakers, Whitney-Sidney fits that archetype perfectly. He has great court vision, pushing the ball with the pass and kicking to open shooters on drives. He's a great driver who blows by defenders and gets in the lane where he uses his length and athleticism to finish with spins off the backboard with either hand.

Martin Jarrett, Catholic Memorial 2018- Jarrett is a true competitor on the court; he gets after it on both ends of the floor. He can score from deep and with his strength and quickness does a great job defending either guard position.

Angelo Santiago, Suffield Academy 2020- The big lefty guard had his best game of the camp during the championship. He attacked the rim hard and was finishing through contact.

Saturday Night we held the All-Star game for the 2016 Elite 75 Camp for rising 9th-11th graders. The rosters for the game are below.

In one of the more tightly contested All-Star games in Elite 75 history, both teams competed on both ends of the floor from the tip to the final buzzer. The South squad, led by head coach Dan Sullivan, team eventually prevailed on a buzzer beater, pulling out the victory 76-74. Jay Dieterle, the future Rivers 9th grader was outstanding, finishing with 20 points and scoring from all three ranges, while another rising frosh, Bryant Ciccio, chipped in 14 points. The North squad, coached by Rivers' head coach Keith Zalaski, was led by 2019 Torrence Symir, a smooth athletic guard who can score from deep but also blow by defenders with his handles and speed, finished with 12 point. Tyler Burton, a 2018, had 12 and ignited the all-star game with a baseline drive and posterizing dunk that had all of the kids out of the stands fast.