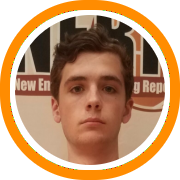 Our coverage from the Elite 75 College Showcase has already touched on some of the best big men in attendance. Incoming Putnam Science big man Christian Lorng was probably the best prospect in the building while Jarred Houston, Cantavio Dutreil, John Bella-Hunter, and Jared Whitt were also mentioned by scholarship level coaches as potential prospects for that level.

Meanwhile some of the event’s most notable stock-risers included the likes of Malik Lorquet, Jacob Godfrey, and Dillon Grant.

That was really only just the tip of the iceberg though when it came to the best frontcourt players in attendance, ranging from true big men all the way through combo-forwards.

Here’s a look at several more that are bound to have their phone’s ringing with college coaches:

Colin Bradanese, Centreal Catholic – Bradanese was one of the most impactful forwards in attendance. His skill set was versatile and his motor high as he shot the ball with range and scored around the paint to show his full offensive repertoire. Overall, he’s a utility forward who not only scores from various spots on the floor but has demonstrated he’s capable of being a team’s primary scorer or a valuable role player at the very highest levels.

Tyrone Weeks Jr., Bishop Hendricken – The word most commonly associated with Weeks was “sleeper.” New England basketball fans may recognize his name, but this is a guy who lets his game do all the talking for him. He’s a playmaker on the wing with enough size and strength to produce and defend the lane if necessary. He’s a strong athlete with quick feet and a very good shot-blocker for his size.

David Tiedemann, Westerly – The 6-foot-6 forward first caught our staffs' eyes at the Academic Elite 75 with his skill set and length. He continues to radiate potential with his stature and skills. Those skills include the ability to make plays off the bounce, finish from mid-range, knock down threes with his smooth stroke, and make heady passes. He still has a very thin frame but if he is able to bulk, up Tiedemann has a very bright future.

Mikey Spencer, Cardinal Spellman – A strong and physical forward, Spencer has also shined at previous Elite 75's and this night was no different.  One aspect of his game that stood out was his ability to take contact, absorb it, and finish through it on several occasions.  Spencer is a must-watch for any program looking for some toughness & physicality in the front court.

Nolan Hagerty, Hermon – He very easily could have been listed among the breakout performers because Hagerty made a big impression at Elite 75. He did all the little things a big man is required to do at the next level – he rebounded at a high rate, finished inside, and set big screens. Overall, it was a very impressive night that suggested he was well on his way to being a solid college player.

Kehinde Aruwajoye, Avon Old Farms – The AOF big man is a raw and powerful athlete with a big body. He has great size, grabs rebounds at a high rate, and continues to improve consistently. He has the type of physical tools that can’t be taught and with the proven learning curve he’s shown over the last year, he’s a very good long-term bet.

David Keohan, Thornton Academy – Yet another player from the state of Maine who impressed, Keohan showed great range on his jumper and looked the part of a future pick-and-pop player at the next level. He has a complimenting weapon in his shot-fake which also opens up some driving lanes for him. Overall, a very smart and solid player.

Devandre Edmonds, Holy Name – A major match-up problem, Edmonds has the size and strength to defend the post and rebound the ball but offensively he’s really more of a big wing. He overpowers most defenders off the dribble, gets to his spots, and then can bully finish through any contact.

Jason ORegan, Shepherd Hill – A versatile forward, O’Regan showed both the potential to play multiple positions as well as be an offensive factor from various spots on the floor. He has three-point range when his feet are set but can also make hard straight line drives.

Max Brigham, Westminster – He’s a super athlete who played both ends of the floor and really differentiated himself with his activity level defensively. His offensive package is still catching up but he’s made some major strides in the past year with his ability to play inside-out to about 15 feet.

Matt Relihan, St. John’s Prep – This 6-foot-5 forward was effective with a physical driving style. He has a strong body, seeks out contact off the dribble, and isn’t incapable of making open jumpers when his defender sags off.

Levaughn Lewis, King Low Haywood Thomas – Lewis was a workhorse inside who was both strong and aggressive. He ran the floor well and was consequently good in transition but able to differentiate himself in the half-court with his interior passing ability.

Quincy Taylor, Brighton – Taylor was another versatile player who had great size at 6-foot-5 but the skill set to play on the perimeter. His pull-up was a weapon but he also proved to have three-point range and be a reliable decision maker.

John Korte, Watertown – He has a strong body and a high motor to match. He finished around the hoop, showed his strength, and was generally active on both ends.

Declan OSullivan, Catholic Memorial – The youngster played with great energy all night and showed a good intellect for the game as he continues to mature and develop.