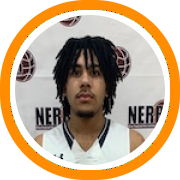 After breaking down the top unsigned seniors in attendance yesterday and the class of 2020 earlier this morning, we’ll conclude with a look at the top underclassmen prospects in attendance.

Blessing Agbonlaho, Taft – A super intriguing long-term prospect, Abhonlaho is young, raw, and just scratching the surface of his potential but he’s got an undeniable upside and is a tailored fit for the modern game. He’s long, exceptionally mobile, and very athletic with all types of tools in the open floor and above the rim.

Dylan Farley, Millbrook – A budding match-up problem, Farley has a big body and versatile tool set that is only going to continue to develop. He’s strong inside and active on the glass but also able to face-up and operate off the dribble. Most of all, he has a natural feel for the game that is very unique for his age and size.

C.J. Mitchell, Hotchkiss – A young floor general who has made clear strides in his game since last year, Mitchell is shooting the ball at a high level, playing with clear confidence, and is another guy who could be on the verge of a breakout season for Hotchkiss.

Isaiah Thompson, Master’s – An up and coming young guard, Thompson is crafty and talented with the ball. He goes at the body of opposing defenders, draws a lot of contact, gets himself to the free-throw line, and has a knack for making plays with the ball.

Malcolm Chimezie, Archbishop Stepinac – A physically gifted athlete who stands at 6-foot-7, Chimezie has an obviously high ceiling thanks to his physical tools but he also showed the aggressive mentality and overall motor to maximize those tools. Overall, he’s a clear talent who looks poised to keep emerging in the coming years.

Berk Metin, Northfield Mount Hermon – In his first year stateside from his native Turkey, Metin is unorthodox but undeniably effective in the lane. The southpaw creates space with a big body and broad shoulders, has soft hands and touch, good footwork, and deceptive face-up range.

Daniel Becil, Poly Prep – The young guard first made a name for himself as last month’s Elite 75 Frosh/Soph and continued to impress here. He’s a good sized guard who looks like he might not be done growing yet but is already a shooter and heady player.

Ben Chasin, Horace Mann – A skilled young guard with long legs that suggest he’s still just growing into his body, Chasin can make open shots, push the ball with his head up, and finish with both hands around the rim.

Charlie Weisberg, Millbrook – A talented young player who projects as a big part of Millbrooks future, Weisberg is a shot-maker with a release that is as quick as it is high. He has deep range and a consequently ability to stretch opposing defenses to the max.