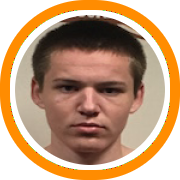 Our first recap will focus on the unsigned seniors in attendance, which proved to be a group with size, skill, and athleticism. Here’s a breakdown of who impressed:

Xavier Wilson, Hotchkiss – A strong and bouncy forward who is cutting up his physique and adding to his skill set by the day, Wilson was known primarily as a rugged finisher during his high school days but is now able to stretch the floor with newfound shooting range while still playing high above the rim.

Max Kiehm, Proctor Academy – A “driller” according to numerous coaches in attendance, Kiehm might have been the best shooter in the building. The 6-foot-4 wing spaces the floor, makes tough shots, and has a high acumen for the game. He’s also wide open in his recruitment and would provide great late value for a number of different levels of competition.

Connor Printz, Taft School – One of the most explosive scorers in the field, Printz is a big guard who has continued to evolve athletically throughout his high school career. A high-level shot-maker since he was younger, Printz has also continued to develop his handle, playmaking ability, and overall versatility.

Quintin Williams, Knox – Williams came in and made a case for scholarship attention throughout the remainder of the year. He’s a true point guard who is shifty with the ball and terrific in transition. He was equally impressive defensively though and also a great communicator on that end.

Justin Allen, Cheshire Academy – Arguably the best available senior big man in the field, Allen has transformed his body within the last year and did a nice job of changing ends, defending the post, and rebounding the ball here. He’s also an excellent passer for a big man and has potential at the next level as someone who can facilitate off the post or elbow.

Eddie Sanchez, Archbishop Stepinac – A highly skilled and crafty guard, Sanchez plays the game with veteran savvy. He shoots the ball with range, knows how to use his body, has a high IQ, and deceptive ability to work his way in the lane and make unconventional finishes around the rim.

Tyler Arbuckle, Taft – The other half of Taft’s dynamic backcourt duo, Arbuckle put up huge scoring numbers in past seasons at St. Paul Catholic but is becoming more of a traditional point guard now. The southpaw has good size, a strong body, and can hit from deep as well as create for himself and others off the dribble.

Cameron Ness, Highland – The 6-foot-10 big man was a welcome addition for college programs still looking for some size in their 2019 class. Ness has a massive frame and intimidating presence around the rim. He anchors himself to the paint, plays unselfishly, and has plenty of upside left to discover.

Neil Masnic, Knox – Another available big man who had college coaches intrigued, the 6-foot-8 Masnic has good hands, mobility, and developing face-up shooting range. As he continues to build up his frame, his combination of size and skill is going to become increasing valuable.

Casey Burke, New Paltz – Burke is a high-level shot-maker with good size at 6-foot-4 and a frame that can absorb contact. While Burke has a clear niche from behind the three-point line, he’s a versatile player who can pass within the flow of offense, rebound, and attack close-outs.

AJ Morales, Millbrook – A post-graduate point guard who provides all the intangibles and intellect you would expect from a coach’s son, Morales is bound to make a big impact for Millbrook this season. He’s smart, skilled, and uniquely qualified to run a team.

Michael Eurquhart, Darrow – The 6-foot-6 big man is still fairly raw, but he has a lot of tools and should only continue to develop in the coming years. He’s well built with a good frame, very active on the defensive end, and has a soft touch to develop offensively.

Latrel Stewart, McMahon, 2019 – He made a name for himself here and proved himself a definite college prospect. The southpaw wing has a sturdy frame and solid athleticism but stands out with his shot-making ability, deep range, and slippery slashing potential.

Sammy Marshall, New Paltz – Another New Paltz product, Marshall is the floor general who can make a team go. What he may lack in sheer size he more than compensates for with skill, decision-making with the ball, and the ability to facilitate for others.

Jed Thomas, Hotchkiss – A two sport star who also doubles on the golf course, Thomas is effective from long range whether it be with his driver or a deep three. He’s not just skilled though, he’s also a smart player who understands how to space the floor, use screens, and play without the ball in his hands.

Ethan Harvey, Champlain Valley Union - One of the top guards in Vermont, Harvey made the trip down from the Green Mountain State and proved his worth against bigger and better competition.

John Coleman, Gunnery – Coleman put up huge numbers for Watkinson in recent years and is now entering his post-graduate season at Gunnery in which he’ll look to continue to show his talents against increased competition. He’s a volume scorer and proven bucket getter who can create his own shot and score in various ranges.

Ben Barrett, Taft – On a team full of quality prospects, Barrett was efficient without needing to dominate the ball. He’s a long wing with good size at 6-foot-4 and showed shooting range with his feet set, the ability to make plays with the ball in the open floor, and finish above the rim.

Eamon Fitzpatrick, Cheshire Academy – Fitzpatrick looks to be in the best shape of his life as he’s gotten stronger while boasting a clear cut to his physique. He plays with a high motor, defends multiple positions, and is a jackknife of a glue guy who can plug a variety of holes in a high-level game.

Max Sussman, Hotchkiss – A shot-making forward with a high release, Sussman previously starred at nearby Staples High School and will now play his post-graduate season in the NEPSAC. In addition to his ability to stretch opposing defenses, Sussman has a strong frame with broad shoulders and an increasingly quick release.

Shane McNerney, Carmel – McNerney is a late bloomer who is still just growing into his body and filling out his physique, but he has clear tools that should continue to come to the forefront as his body develops. He has good size on the wing, a solid shooting stroke, and the ability to make plays off the bounce.

Nana Oteng, Martin Luther – Oteng is a strong, power guard who can play through contact while attacking the rim. He gets downhill with the ball, was capable enough from three to keep defenders honest, and played with an aggressive mentality.

Tyler Small, Knox – Another unsigned guard from the Knox School in Long Island, Small is a very high-level student with a strong body and tight handle. His individual offense is highlighted by an especially dangerous pull-up game as he loves to get to the nail and shoot off the dribble.