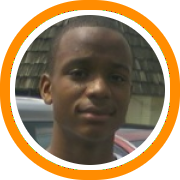 Chris Prescott continued his strong play as of late earning MVP of what appears to be the first annual CT High School Hoops Top 20 Classic.  He scored a game high 29 points to lead the home team to a 129-106 victory.  The majority of Prescott’s points came from downtown as he delighted the crowd by shaking his defender and pulling up from behind the arc on three consecutive possessions late in the first half.

The away team was led by David Gibbs who scored 20 points on a variety of strong drives, three-pointers, and acrobatic finishes.  At one point in the second half the one on one match-up between Prescott and Gibbs came to the forefront of the action as they went back and forth as the event’s MC hyped up the “battle of the A-10”.

Tyrone Gardner scored 15 points but was generally content to serve as the playmaker coming up with a variety of entertaining dribble moves, alley-oop passes, and no look dishes.

Notre Dame High School’s Greg Mangano (19 points) put up some of the game’s best dunks including a thunderous tomahawk slam on the head of an opposing defender.  The sequence began when Mangano caught the ball in the corner.  He then fed teammate Jordan Williams on the block, made a cut along the baseline, and received a quick shovel pass back from Williams.  From there Mangano went straight up to the rim and cocked the ball back just as a foolish defender attempted to sneak in for a last second block.  Mangano threw the ball down with authority to the delight of the crowd.

Jordan Williams also played well.  All-Star type games are typically perimeter oriented, and tonight was no different.  Nevertheless, the junior from Torrington High School has a much improved body and a fantastic skill set that is likely to make him the best low post player in the CIAC this year.

Before the upperclassmen game, the night kicked off with the freshmen/sophomore game as the state’s top 9th graders competed against the top 10th graders.  Experience won out in this game as the sophomores held out for a 97-82 victory.  East Hartford’s Jakkari McCallup and Windsor’s Tyrus Weaver both had 17 for the victors while Jerome Harris scored 14 to lead the freshmen.  Brandyn Benson (11 points, 3 three-pointers), Steve Santavenere (11 points, 5 assists), Danny Lawhorn (8 points, 7 assists), and Tyler Olander (8 points, 8 rebounds) also played well.

Also showing flashes of brilliance for the freshmen were East Hartford’s Anthony Jernigan and Andre Drummond from Capitol Prep.  You won’t find a player better off the bounce than Jernigan while the 6’8” Drummond was a shot blocking machine especially down the stretch.

East Catholic’s Jerome Harris brought the night’s most exciting play when he won the unofficial dunk contest at halftime of the upperclassmen game.  The dunk that brought the entire crowd to their feet began with Harris at half-court and Tyrone Gardner holding a ball and sitting in a chair that was placed in the middle of the paint.  Harris ran towards the rim, leaped over the sitting Harris, caught his pass in mid-air and threw the ball down through the cylinder.  Harris’ freshmen teammates couldn’t help but run out of the stands to celebrate the phenomenal demonstration of athleticism.

Here is a list of the top 5 plays of the night based on the fans reaction: