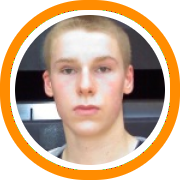 The CIAC basketball finals returned to Mohegan Sun Resort and Casino this weekend where all eight championships (four boys and four girls) were crowned on Friday and Saturday.

Valley Regional advanced to the first state final in school history and made the most of the opportunity, blowing out third seeded Classical Magnet 70-46.

Taylor Rioux led the way with 18 points and 10 boards, collecting the 1000th rebound of his career in the process.

For Rioux and his senior classmates, the championship was the perfect culmination for a career that had seen the program come full circle after going 1-19 in their freshman season.

Trinity Catholic scored a 57-51 win over Career Regional, completing their surprising championship run with an upset of a team who was ranked fourth overall in the most recent state poll and came into the game with a 23-5 record.

The state championship was the sixth overall for Trinity Catholic and first since 2004.  The Crusaders were led by an unlikely hero as Kevin Lemeune had a team high 17 points.  Jonathan Boykin had 14.  Career was led by K.C. Hoff with 14 points.

Trinity’s fourth quarter defense proved to be the difference in the game as they held Career to 3-15 shooting from the floor and got a huge spark from seven-foot freshman Pascal Chidi Chukwu who blocked four shots and altered several others in just 12 minutes of action.

A highly anticipated match-up between two teams who both finished the regular season at a perfect 20-0 lived up to the hype as New London held a slim lead throughout the majority of the first three-quarters until Kris Dunn took over and helped the Whalers pull away 63-55.

Dunn finished with 26 points, 8 rebounds, and 4 assists and New London completed their perfect season with a 27-0 record.  Torin Childs-Harris contributed 15 points and 7 steals and provided a defensive sparkplug in the third quarter while Malcolm Simmons continued to anchor the interior.

J.C. Carr and Zack Lewis had 19 and 16 points respectively while New London zeroed in on super sophomore Kuran Iverson, holding him to just 5 points.  Northwest Catholic finishes the season with a 25-2 overall record.
The game was played in front of an incredible crowd of over 9500 people with tip-off being delayed close to 20 minutes in order to accommodate fans lined up outside the arena trying to get in.

St. Joe’s Runs Away with LL

This one was never in doubt as St. Joe’s struck early and hard and didn’t take their foot off the gas until they had completed a 79-53 win over Fairfield Prep and scored the 10th state title for head coach Vito Montelli.

The Cadets had their typically balanced attack but were led by their frontline of Oscar Assie and Timajh Parker-Rivera.  Assie finished with a team high 17 points and Parker-Rivera had 15 points and 11 rebounds.  Brandon Jones had 13 points in his final game of his career while junior guard James Jennings also shined.

Fairfield Prep was led by junior forward Terry Tarpey who had 10 points before going down with a knee injury in the third quarter.  Robbie Bier finished with 10.