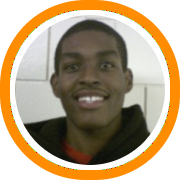 The contenders in Class L are dispersed to each corner of the state as a number of talented clubs from Connecticut have their eyes set on playing in the Mohegan Sun Arena come March.

Stratford – Stratford has a recipe for a championship with a dominant big man, a terrific tandem in the backcourt, and good veteran experienced dispersed throughout the line-up.  Brandon Sherrod is a man among boys in the paint and he should be capable of dominating the interior in Class L.  Russell Payton is coming off an impressive summer and has expanded his all around game to the point where he can facilitate, attack with his dribble, or pull-up for the shot.  Jason Charles provides a steady hand and excellent decision maker at the point.

E.O. Smith – He’s baaaacckk….Tyler Olander has returned to E.O. Smith after starting the season at Worcester Academy and that makes them instant contenders in Class L.  Olander should be hands down the division’s top player in the state.  He will be far from a one man show as Ethan ODay was preparing to steer the ship and still expected to have a break out year.  Min Lin is a more than capable point guard who knows how to run the show, distribute the basketball, and make open shots.

Northwest Catholic – When you have a head coach who has won multiple state championships, return many of the key contributors from a 21-5 season, and add a dynamic young talent, it is hard to believe that some might underestimate you.  Shockingly that appears to be the case with Northwest Catholic as we haven’t heard nearly the amount of buzz they deserve.  Julian Harris is an incredibly athletic forward who will be one of the CCC’s top players, Jordan Lewis and Tyler Huffman an excellent backcourt combination, J.C. Carr an emerging junior, and Kuran Iverson arguably the most talented freshman in New England.  They’ll be right there in the end…trust us.

Notre Dame Fairfield – Greg DeSantis is starring at Southern New Hampshire but head coach Vin Laczkoski returns a talented, but young, team.  Swingman Tom Bajda, guard Casey Woodring, and big man Arkel Miles lead an incredibly talented sophomore class that will have to offset the season ending injury of Trey McPherson.  Senior captain Nick Kilaides and junior big man Kevin Harrigan provide leadership while Dan Upchurch and Earl Coleman are two rotation freshman with very bright futures ahead of them.  They may be young, but they are deep, talented, disciplined, and well coached.

New London – They dominate the ECC every year and this season will be no different as their young stars have gained valuable experience.  Kris Dunn earned all-state recognition as a freshman and he leads a very talented sophomore class including Doug Henton, Voghens Lerrieux, and Malcolm Simmons.  Junior guard Torin Harris can go for 20+ points on any given night and seniors Nick Singleton, Johnson Benjamin, and Kasseem Burch provide veteran leadership.  They fell to Stratford on opening night and have a match-up with East Hartford on the horizon as they hope to see some competition before the state tournament begins.

Bassick – If they can get through their tough regular season schedule and make the state tournament they could make some noise coming out of the FCIAC.  They’re young and inexperienced but they have some pieces.  Junior forward Kyle Geer is an impressive talent, senior point guard Jeremy Daniel a good floor general and capable scorer, and six-foot-nine big man Anthony Allen a guy who can change the game with his size.

Career Regional – When the current junior class came in as freshman the future was immediately dubbed very bright.  Career has made notable strides in the two years since under head coach Larry Kelly and could be poised to take it to the next level and contend for a state title.  K.C. Hoff is starting to put it all together on a consistent basis while Brandyn Benson is the savvy two way player that every great team needs.  Kevin Rivers and Drew Crudup provide good athletes in the frontcourt and backcourt respectively while Daryl Best Jr. is much improved at the center position.  Seniors Terrence Taylor and Guy Moore will be major contributors as well.

Wilbur Cross – Career isn’t the only New Haven school with a loaded junior class as Wilbur Cross features a dynamic duo in Gerald McClease and Alex Conway.  McClease was terrific on the AAU circuit this summer and Conway finally starting to realize his immense potential.  Cross also has a talented senior class with guards Ed Murray and Maurice Morrison, who averaged 15 and 12 points per game respectively last season.  Fellow senior Arthur Tucker is also expected to contribute as will a talented cast of underclassmen.

•  Norwalk has veteran players and a potential star to build around in the long and talented senior Evan Kelley.

•  Fairfield Ludlowe could be a program to watch in the FCIAC with developing big man Andre Kimberly, steady forward Brett Kumins, and returning starter Jack Vacheron.

•  After a rebuilding year a season ago, head coach Howie Hewitt should have another dangerous team in Meriden this year with juniors Caleb Edwards and Ryan Belote and sophomore Darrius Edwards.

•  Taeshaun Jackson returns for a Middletown club that went 19-4 last year while point guard Steve Santavenere is also expected to become a steady contributor after adjusting to the system last year.

•  Platt should be much improved and sparked by the addition of Crosby transfer Josh Passmore, who can put points on the board in a hurry.

•  RHAM is a bit of a sleeper but capable of surprising some people with the inside-out tandem of lefty big man Ethan Sperry and sharp-shooting guard Mick Kelley.

•  Hartford’s Weaver High School has a long and athletic team that is capable of knocking off some heavy hitters this year.