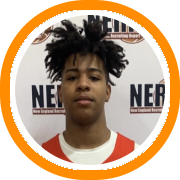 We will be releasing our updated Connecticut 2024 rankings next. They consist of only players who are returning to the region. Once we have evaluated all the incoming prep prospects, we will have a new release.

Tyler Betsey from St. Thomas More earned the number one spot. The smooth shooting small forward helped lead NY Rens to this past summer’s Nike EYBL E16 title game. Duane Thompson who attends Putnam Science Academy is at two. He is a forward who can space the floor from downtown and also take smaller defenders into the post.

Jason Schofield from South Kent School came in at five. He is a pick & pop threat who also has ball skills and rebounding ability. Justin Menard, another St. Thomas More product cracks the list at six. He is a guard with smooth pull-up shooting and vision to find others out of ball screens.

Riley Fox from Conard HS earned the ninth spot. He is a versatile three-point shooter with solid positional size on the wing. Caleb Crawford from Loomis Chaffee School is at eleven. The guard can make others better with his playmaking ability while also having quick hands to generate steals.

Two more guards on this list at twelve & thirteen are Walt Andrews and Davyn deJongh. Andrews from Notre Dame Prep brings a nice blend of facilitation/pull-up shooting in the half-court, as well as being an impact on-ball defender. deJongh from Hotchkiss School has a high IQ when running a team and getting others involved, but also needs to be accounted for as a scorer.

Attached is a link to the full rankings: https://newenglandrecruitingreport.com/rankings/connecticut-class-of-2024