Checking in from Orlando 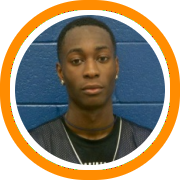 The AAU 11th grade Super Showcase came to an end on Monday, but not before a couple of different local New England squads were able to distinguish themselves.

Bay State Flash was the story early.  They finished pool play with a perfect 3-0 record to be one of two New England clubs, along with the Middlesex Magic, to advance to the gold bracket.  Matt Mobley delivered some heroics early on in the week, hitting a three-pointer at the buzzer to beat Blue Star Maryland in pool play.

The Flash would begin bracket play with an opening round win over South Jersey Select.  In the Round of 16, Mobley would again utilize some last second heroics to steal a win.  He hit the go ahead three-pointer late in the second half before knocking down two subsequent free-throws and then grabbling a late rebound to clinch the win.

The Flash's run ultimately ended in the quarterfinals where they fell to Team Charlotte 60-53.  Mobley averaged 18 points and 10 rebounds throughout the tournament while Johnny McCarthy averaged 13 points per game.  Head coach B.J. Dunne credited Devon Williams and Carlin Haymon for doing a great job in the backcourt while pointing out that Shane Pasquantonio had averaged 8 points and 8 rebounds on the interior.  His frontcourt mate Jared Neves also had a good week including a 21 point performance over Tennessee Thunder in the second game of pool play.

The Bay State Flash opened the month of July with a 10-1 record after going undefeated at last week's Hall of  Fame National Invitational and making their run to the quarterfinals of the gold bracket at the AAU Super Showcase.

The Magic also advanced to the gold bracket by going a perfect 3-0 in their pool.  While Pete Miller and Chris Braley continue to be the team's top attractions, rising post-graduate Chris Lee followed up a strong performance in Springfield with another big week, scoring the ball consistently and doing an outstanding job on the glass to continue to attract new scholarship level recruitment.

Harry Rafferty drilled five three-pointers in the Magic's final pool play game while John Lubin emerged as the team's most pleasant surprise, coming off the bench to defend the opposing team's top perimeter scorer while also scoring in bunches himself.

Also making waves from New England was Metro Boston.  The squad advanced to the bronze bracket after finishing third overall in their pool but won five straight games from that point on, earning the bronze bracket title on Monday.

Their run began with a 61-60 win over Charlotte Reign in the opening round of bracket play followed by another narrow win, 50-49, over local New England foe Connecticut Select in a game in which Devon Thomas made the game winning lay-up in the closing seconds and Greg senat was credited for controlling the paint.

Metro Boston won all three of their final games by double digits, knocking off Team Redemption in the quarters 71-57 and Virginia Assault 70-58 in a semifinal contest in which the team'second unit broke the game open.  Monday's final was a 61-51 win over Queen City Prophets.

Devon Thomas' continued strong play through the month of July has helped him add several new offers with Bryant, Quinnipiac, Hartford, Robert Morris, Long Island and Fairfield having all offered at this point.