Cassell Comes off the Board 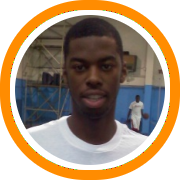 Notre Dame Prep senior guard Sam Cassell Jr. was one of the best guards left unsigned in the national class and after accumulating a wide variety of high-major recruitment, he returned to the source of one of his earliest offers.

Cassell committed to the University of Maryland on Sunday afternoon, not just returning to one of his earliest scholarship offers, but also returning close to his hometown of Baltimore, Maryland.

The Terrapins had offered Cassell a scholarship earlier this fall and continued to pursue him throughout the course of the season, even as he added new suitors from the Big East, ACC, SEC, and Big 10.

The son and namesake of a former NBA All-Star, Cassell has improved by leaps and bounds since first arriving at Notre Dame Prep in September of 2010.  This season, he proved himself to be one of the most dangerous scoring guards in the northeast, with a niche of being able to make tough shots from the perimeter and put points on the board in bunches from long range.

Cassell becomes the sixth player to commit to Maryland in the class of 2012 and the second New England product joining King Phillip forward Jake Layman.