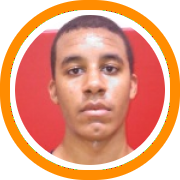 BST Basketball invited the top high school basketball players in NH to Southern New Hampshire University on Monday night to showcase their skills. There were 30 players in the gym, from the classes of 2012, 2013 and 2014. They were ran through positional drills, agility testing and full court games. Here are the players who stood out:

Kamahl Walker, Portsmouth HS (2012) – Walker burst onto the NH basketball scene this past winter after moving from Worcester and he continues to prove that he’s one of the state’s top prospects. Walker elevates nicely on his jump shot and also has a high release, allowing him to shoot over taller defenders. He is lightning quick with the basketball in his hands and is very tough to stop in transition. He’s only 5’10”, but Walker has good strength which allows him to finish effectively and with either hand. When he got into the lane he made good decisions, knowing just when to finish it himself and when to dish it off to an open teammate. Walker also worked hard on defense and hustled after loose balls.

Derek Defranzo, Pelham HS – Defranzo had a very impressive workout, and it’s clear that he has been working on his game. He played with an intensity and a motor that was unmatched by any other player in the gym, it was fun to watch. Defranzo might only be 5’7”, but what he lacks in size he makes up for with toughness and desire. He went hard to the basket, created for himself and his teammates and he was also the best defender in the gym.

Collin McManus, Bedford HS – There was definitely a buzz going around the gym about McManus, and for good reason. He’s only a freshman and is 6’9”. His skills are still very raw, but with his size and work ethic his upside is tremendous. McManus plays hard and is always working on his game. He runs the floor, passes well out of the double team and is a menace on defense with his ability to block or alter shots.

Jim Tomaswick, Alvirne HS – Tomaswick has really made some strides with his game. The 6’6” face-up 4 man has a good mid-range jump shot, and his footwork and fundamentals are really coming along nicely. He has a good feel for the game and rebounded well at this event. Tomaswick has a strong frame and runs the floor well. If he can take the next step with his game and become a player who really looks for his shot and scores in bunches inside and out he could really be an intriguing prospect.

Marcus Swedberg, Moultonborough Academy  - Swedberg is another big man with a considerable amount of potential. Not many know about him because he is from a small school up north, but he proved at this event that he can play with the best in the state. Swedberg is a 6’7” junior who can shoot the basketball and attack the rim off the dribble and finish with authority.

Logan Kesty, Bishop Guertin – Kesty competed hard on both ends of the floor and during all drills. He made good decisions with the basketball and consistently knocked down the outside shot. Kesty did a nice job of moving without the ball using his footwork to set himself up for shots and also showed good balance and form, especially when shooting from the mid-range area. He also had strong some strong drives and finishes at the rim.

Brad Holler, Bishop Guertin – Holler was another player who really competed hard out there and played with great intensity on both ends of the floor. He really got after it on defense, forcing turnovers and diving for loose balls. Holler continues to be one of the best shooters in NH, and he is just as good at shooting the basketball off the dribble as he is at shooting it off the catch.

Travis Descoteaux, Trinity HS – Descoteaux had recently missed some time due to a wrist injury, but he showed no ill effects at this event. He once again displayed a deadly pull-up jumper from mid-range, and a handle that was as good as anyone’s there. His ability to handle the basketball in traffic and against defensive pressure and still keep his head up and see the entire floor was impressive, although he did over-dribble at times.

Devin Gilligan, Kimball Union Academy – Gilligan used his size, strength and ball handling ability to go by defenders off the dribble and finish strong at the rim. He showed good court awareness and a good all around inside/outside game.

Chris Light, Pinkerton Academy – Light is a 6’3” junior who is a versatile wing player. He has long arms, a high release and good range on his shot, which allows him to shoot the basketball effectively from anywhere on the floor and over any defender. He knows how to finish in transition and although his upper body needs to get bigger he is very athletic.

Joe McCarthy, Bishop Guertin – McCarthy is an intriguing player who is a star player in not only basketball but baseball as well. He’s been playing baseball all spring, but did not show much rust at all during this workout. He’s a strong, athletic 6’4” wing player who can play inside and out. He shot the basketball well and also finished inside.

Trevor Glassman, Bedford HS – A natural scorer, the 6’2” Glassman has good confidence in his outside shot and also moved well without the basketball to set himself up for looks all over the floor.

Christian Iozza, Concord HS – Iozza is an athletic, versatile player with a well rounded skill set. He can handle the basketball, shoot it, defend, rebound. He does a little bit of everything, and he always plays hard.

Kaleb Marquis, Concord HS – Marquis is a tough, scrappy combo-guard with very good quickness and the ability to play the game at a fast pace. He has a good handle in traffic and made shots from all over the floor.

Skyler Mitchell, Coe-Brown Northwood Academy – There’s nothing flashy about Mitchell’s game, he’s just a smart, fundamentally sound, hard working ball player. The 6’3” combo-forward did all of the little things well and finished effectively at the rim.

Chris Doyle, Winnacunnet HS – Doyle is only a freshman, but the 6’0” guard plays with a maturity and poise beyond his age. He’s a smart, savvy player who seems to know exactly where to go with the basketball. He’s a smooth player who the game comes easy to.

CJ Boykin, Bishop Guertin – Boykin was another one of the freshmen who impressed at this event. He is only 5’3” but is built like a running back and you cannot teach the natural athletic ability and quickness he has. Boykin made some nice dishes inside and shot a good ball.

Check out Jeremy’s coverage of boys and girls NH basketball recruiting at www.nhnotebook.com