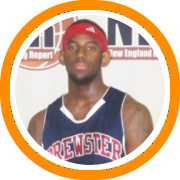 Brewster Academy didn’t let the sting of their first loss of the season hold them down for long as they rallied from Tuesday’s loss to St. Thomas More to claim their second consecutive New Hampton Invitational title on Saturday, defeating the host Huskies in the final and improving to 26-1 on the year.

Brewster scored an opening round victory over Winchendon on Friday while New Hampton knocked off South Kent.  Saturday’s final began with Brewster jumping out to a 12-0 run only to be weathered by New Hampton’s resilience, before eventually pulling away in the second for a 80-72 win and their fourth New Hampton Invitational title in the last five years.

A day after scoring 20 points in the semifinals, Jakarr Sampson added 15 more to claim tournament MVP honors while Pittsburgh bound swingman Durand Johnson was the game’s high scorer with 22 points.  2012 big man Mitch McGary chipped in with a double-double of 11 points and 12 rebounds while Elijah Carter was the fourth Bobcat in double figures with 11.  Olivier Hanlan scored a team high 18 points for New Hampton.

The consolation game featured plenty of drama and entertainment as Winchendon scored an 86-84 win over South Kent.  Xavier Pollard and Corbyn Moye both scored 21 points for Winchendon while Pollard was the difference in overtime with 7 points.  St. John’s bound swingman Maurice Harkless led the way for South Kent with 25.