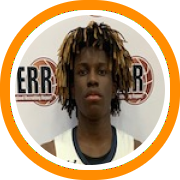 The 2020 National Prep Championship will be remembered for unprecedented and extraordinary circumstances.

When the action tipped early Tuesday afternoon, there could be no way to anticipate just how quickly the national landscape would change because of the impact of the Coronavirus.

Over the course of the next 48 hours the NBA season would be suspended, college basketball’s conferences tournaments would be cancelled, and then, even the NCAA tournament.

Prep school basketball was no exception and so after Brewster Academy and Putnam Science Academy won their respective semifinal games on Thursday, the finals was also suspended indefinitely.

Initially, the hope was for the two teams to be able to play at a later date this spring but because both schools were moving to remote learning for the rest of the season, it quickly became clear that such a game would be impossible. Consequently, Brewster Academy and Putnam Science Academy will share the 2020 National Prep Championship.

Putnam’s run began with a hard-fought quarterfinal win over a Mount Zion Prep squad that was playing with a ton of momentum following a pair of wins on Tuesday. The semi-finals against Northfield Mount Hermon was a clash of differing styles as NMH utilized their skill and three-point shooting while Putnam relied on their size, strength, and physicality across the board. Hassan Diarra had a fitting conclusion to his prep career as the program’s all-time leading scorer was tremendous down the stretching, finding seams in the defense and making a variety of tough finishes at the rim.

Brewster Academy’s run began in the quarterfinals against St. Thomas More. The first twenty minutes were highly competitive as the game was tied heading into the half, but the Bobcats were able to pull away in the second-half. It was a similar story in the quarterfinals as the match-up with Hargrave was close early on until Brewster gained some separation prior to halftime and ultimately pulled away in the second. Kadary Richmond was the primary playmaker as he showed just how talented he is and how effective he can be when he is locked in and ready to play.

Both games were streamed by YurviewNE and can be found at this link.