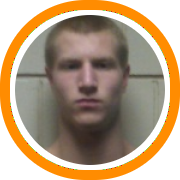 Brewster Academy forward John Edwards made a verbal commitment to the University of New Hampshire on Sunday night.

The North Carolina native, now in his second season at Brewster, figures to be an ideal fit for the Wildcats and head coach Bill Herrion.

When Edwards first arrived in New England as a junior he joined an ultra talented Brewster squad that went on to win 33 games and capture the 2012 National Prep Championship.

Playing in a loaded frontcourt along with the likes of Mitch McGary, Jaylen Reynolds, T.J. Warren, and Jakarr Sampson, Edwards paid his dues and proved his worth on a daily basis while seeing early recruitment from the likes of Rhode Island, Winthrop, and East Carolina.

This year, the six-foot-six forward returns ready to make an increased impact on a similarly talented Brewster team.

Edwards is a blue collar player with a powerful body, good athleticism, and a fantastic motor.  He’s a coaches’ dream because while he’s capable of putting plenty of points on the board, he’s also willing to do the dirty work by banging inside, defending multiple positions, and getting on the glass.

That’s just the type of player that’s going to thrive at New Hampshire where the Wildcats are annually one of the top defensive teams in the America East.  Look for Edwards to make an immediate impact next season as a freshman and go on to have an excellent four year career at UNH.