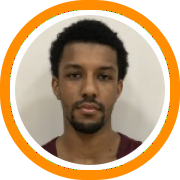 After each team stormed through the field to come into the finals undefeated, the New England Playaz defeated Metro Boston in an entertaining contest to take down the Boston Breakout 9th Grade Championship last weekend. Both squads got production from up and down their roster in the championship game. Here's a look at who impressed and also take a look at full-game video-highlights below.

Rakesh Tibby - New England Playaz - Lengthy forward provided an active-anchor defensively and on the glass along with Cam Nelson for the Playaz while finishing with a soft-touch in the paint off the catch and finish, by getting put-backs on the offensive boards, and by running the trail in transition. Got into double figures in points and on the glass in the finals.

Ben Eke - New England Playaz - Smooth scoring guard shoots the ball well off both the catch and bounce and gets into the lane with the dribble to get buckets at the basket or with a soft-floater. Versatile back-court defender gets out and makes plays in transition on both sides of the ball.

Elliot Nelson - New England Playaz - High-IQ pass-first quarterback point guard who with no hesitation advances the ball up the floor with the pass to set up his teammates for scoring opportunities in transition or on the secondary-break. Handles the ball well and makes excellent decisions in possession of the rock. A lot of Playaz points derived from Nelson in the finals via both the straight-dime and hockey assist.

Ethan Wright - New England Playaz - After having gotten significantly stronger over the past year, the talented lead-guard with good size seemed to relish taking the ball to the rack with physicality off the dribble in the Breakout Final. Scored the ball consistently off the bounce and knocked down five treys to finish with a game-high 25 points for the victorious Playaz.

Noah Fernandes - New England Playaz - True-point guard did a very nice job of dictating pace in the championship game and was consistent handling the ball efficiently against pressure and creating offense off of dribble-penetration. Also a knock-down three-point shooter with a quick-stop pull-up game off the bounce who is earning a reputation as a defense-leading on-ball defender.

Brandon Monheimer - New England Playaz - Shot-making off-guard scored the ball at a high-percentage from long-range and also got buckets and created off the drive. Scored a dozen efficient first-half points to help the Playaz take a lead into the intermission of the championship game which they would not relinquish.

Michael Perry - New England Playaz - Strong-athletic southpaw forward has to be one of New England's most improved Class of 2018 prospect's since last summer largely in part to the significant rise in the level of aggressiveness and physicality with which he plays. Tallied 10 efficient points and rebounded the ball with urgency in the finals against Metro.

Chad Peterson - New England Playaz - Long-range sniper spreads the floor and grinds it out off the dribble to get into the lane and score the ball or get to the line.

Jaden Depina - Metro Boston - Skilled combo-guard scored a dozen points in the Finals while handling well against pressure, distributing off of penetration, and playing a strong floor game overall. Nailed several shots from downtown and finished at the basket off the dribble drive and in-transition.

Mohammed Traore -Metro Boston - Crafty scoring guard has nice shot-making ability off the bounce from the mid-range and from deep off the rise-up or catch. Has the ability to get hot and put up points in a hurry. Handles the ball well and has an old-school ability to convert on field-goals from the in-between.

Dominic Jones - Metro Boston - Long-athletic off-guard has fast-strike scoring ability which manifests itself in a wide-variety of situations. Led Metro with 17 points in the championship game while also showing the ability to make a major impact on the glass from the back-court, guard multiple positions, terrorize the passing lanes and block shots emphatically on the trail. Has tremendous closing speed getting from the arc to the rim both off the drive and on the swooping fast-break lane-fill.

Travis Evee - Metro Boston - Quick-trigger southpaw scoring guard showed his ability to score the ball in small spaces both off the catch and off the drive; going for 15 points off a series of threes, pull-ups, and runners off the bounce.

Shemar Moore - Metro Boston - Athletic southpaw guard plays tough back-court defense and has some burst off the bounce. Did a nice job of creating offensive with dribble in the finals; finishing at the rack or dishing off to a big for a lay-up.

Connor Gibson - Metro Boston - Long-active interior-forward finishes strong through contact at the basket in a variety of situations, rebounds hard on both ends, and challenges shot aggressively on the defensive end.

Moses Flowers - Metro Boston - Long-athletic wing-defender scored the ball in transition while also showing a much-improved shooting-stroke from the outside and the ability to get to the basket off the one-dribble-drive from the arc.

Along with the the Playaz and Metro Boston, another freshmen squad which had a big weekend were the New Hampshire Rivals, who won three straight games out of the gate before falling to Metro in the semis.

Akok Akok - NH Rivals - Manchester West High School 2018 - Standing a long-lanky 6'5" with an overflowing wing-span, Akok was tremendously impressive with the coordination, soft touch, and feel for the game he showcased in just his first-year of playing basketball. In the infancy of his development with the looks of a guy who has a lot of growing left to do, Akok is certainly an interesting prospect in the long-term.

Michael Roumraj - NH Rivals - Memorial High School Manchester NH - 5'10 Guard - Aggressive guard looks to attack with physicality off the bounce and spreads the floor by knocking down shots from beyond the arc. Scrappy defender who makes the opposing ball-handler work for everything.

Nolan Anderson - NH Rivals - 6'3 Bedford High School NH - Cerebral interior-forward has a nice-feel for getting himself into position to score and has a great touch finishing around the basket or stepping out and hitting the 3-ball.

Gob Gabriel - NH Rivals -  6'0 Guard - Memorial High School - Versatile scorer gets buckets knocking down shots from the outside and can also get to the basket and finish. The younger brother of Wenyen Gabriel, Gob looks like a great-candidate for a big growth spurt in the next 500 days. Ton of upside.